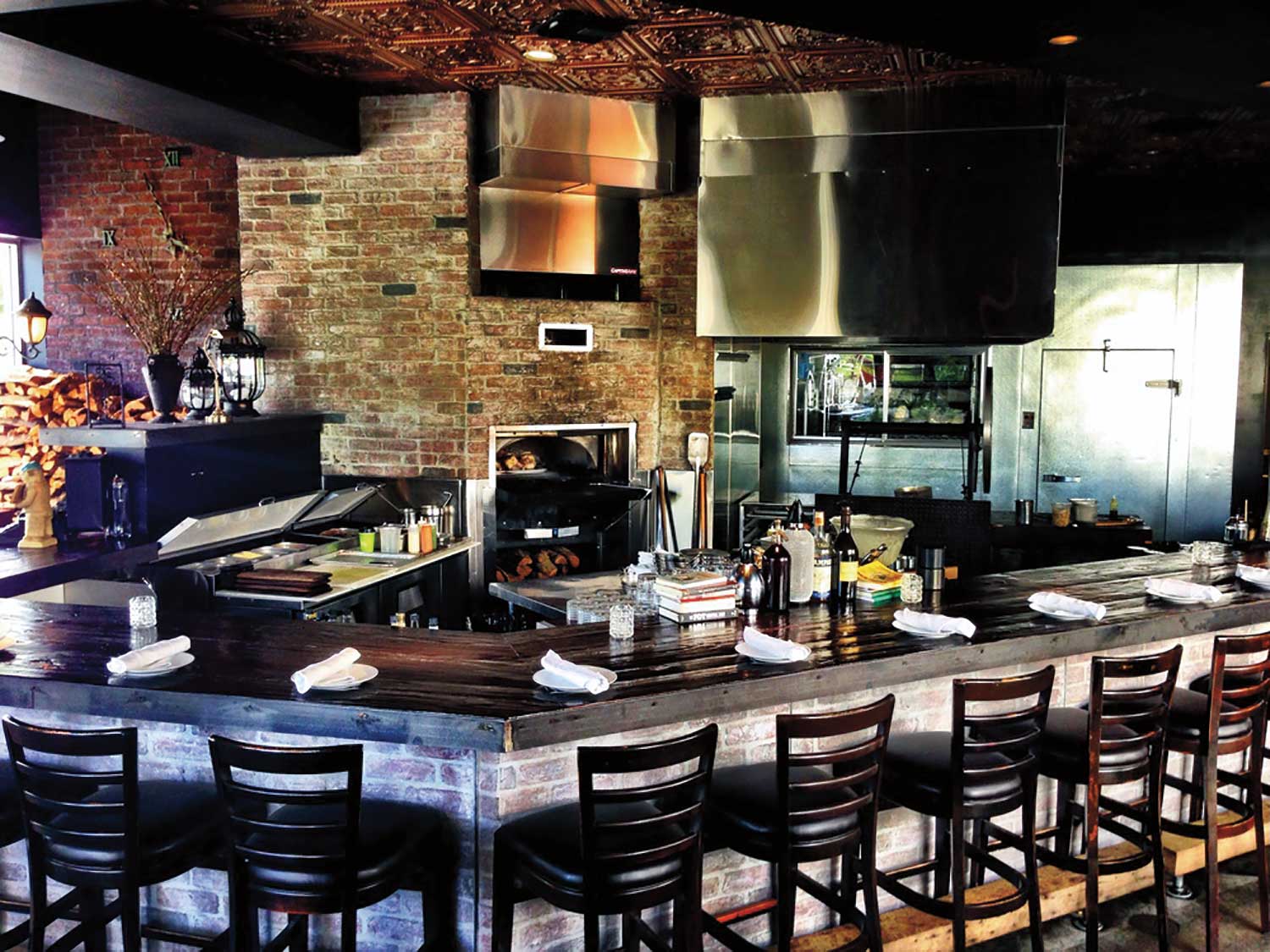 Restaurant customers these days have grown used to photo-happy bloggers cataloging every step of their meals. At ARC, it seems that everyone reaches for the camera phone, not to blog and brag but to record a memento of one of chef/co-owner Noah von Blöm’s wood-fired, gargantuan platings.

Perhaps the only diminutive element at ARC is the restaurant’s size, a cozy corner space at South Coast Collection with an al fresco cocktail patio that spills over daily with eager, meat-loving customers.

The creative minds behind the venture are von Blöm, his wife and managing partner Marín Howarth von Blöm, and bar chef Koire Rogers. Each brings a significant talent to the partnership, with Howarth even hand-crafting the furniture and finishings in the restaurant.

But the concept originates with von Blöm, after he had the opportunity to experiment with a variety of wood ovens while opening restaurants for the owners of Garibaldi’s and Marzano in Northern California. “I loved it, I used the wood-burning oven for everything,” he says.

When it came time to design the kitchen for ARC, he convinced his partners that wood cooking was the way to go. “With the big steaks I would have had to build a huge kitchen. The wood oven made everything possible,” he explains.

Big steaks, big burgers, big bacon: All own real estate on ARC’s limited menu. “Originally, the menu had 12 items and five sides,” von Blöm says. “They’re all still there.” The duo says the goal was to limit the printed menu price to $15. “We always intended the wedge (salad) and the burger to be on a secret menu, for what could not hit that $15 goal,” Howarth von Blöm says. Customers thought differently: “People want to know how much they’re paying for food,” they both concede, saying, “The menu had to evolve.”

A wedge salad that costs more than $15? Yes, because the greens are upstaged by two enormous slabs of woodfire-crisped pork belly, presented in a Fred Flintstone-sized wooden bowl atop a blanket of blue cheese and girded with heirloom tomatoes. Pair that with the one-pound burger and a table of four will be more than satisfied. But try to save room for some of the other delicious items flavored by the wood smoke and heat.

Von Blöm says his wood of choice is citrus. “It’s sappy and gets nice little sparks,” Howarth von Blöm comments. Citrus wood, however, can be difficult to source for the home kitchen, von Blöm points out, so he recommends fruitwood such as apple or cherry to add the smoky flavor to his burger. “That’s my first choice over mesquite,” he says.

His other tip: Find a resource for duck fat to make the burger. When the patty is prepared in a cast iron skillet as explained in the recipe, von Blöm assures that “the fat fries the outside so you get an amazing crust.”

The ARC team provided recipes for all the components of the burger. Make sure to read the unique burger-grilling technique before you start so you can handle the heat. 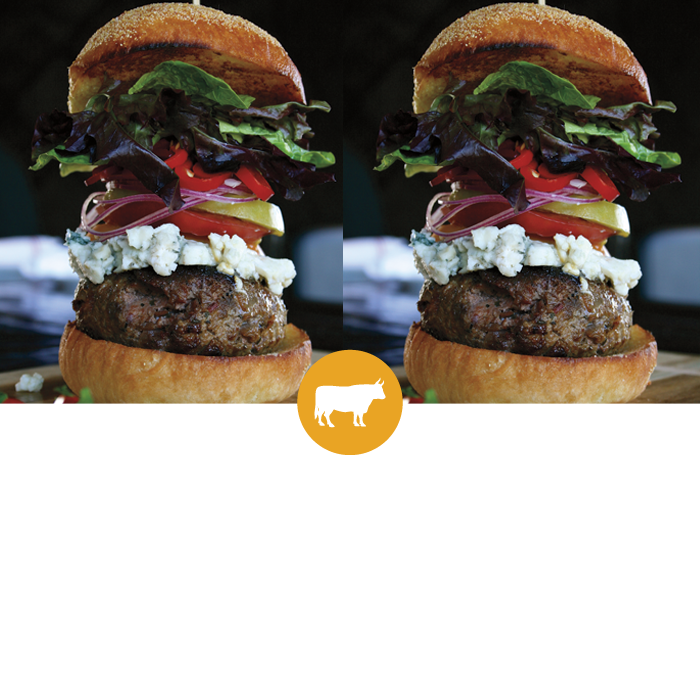