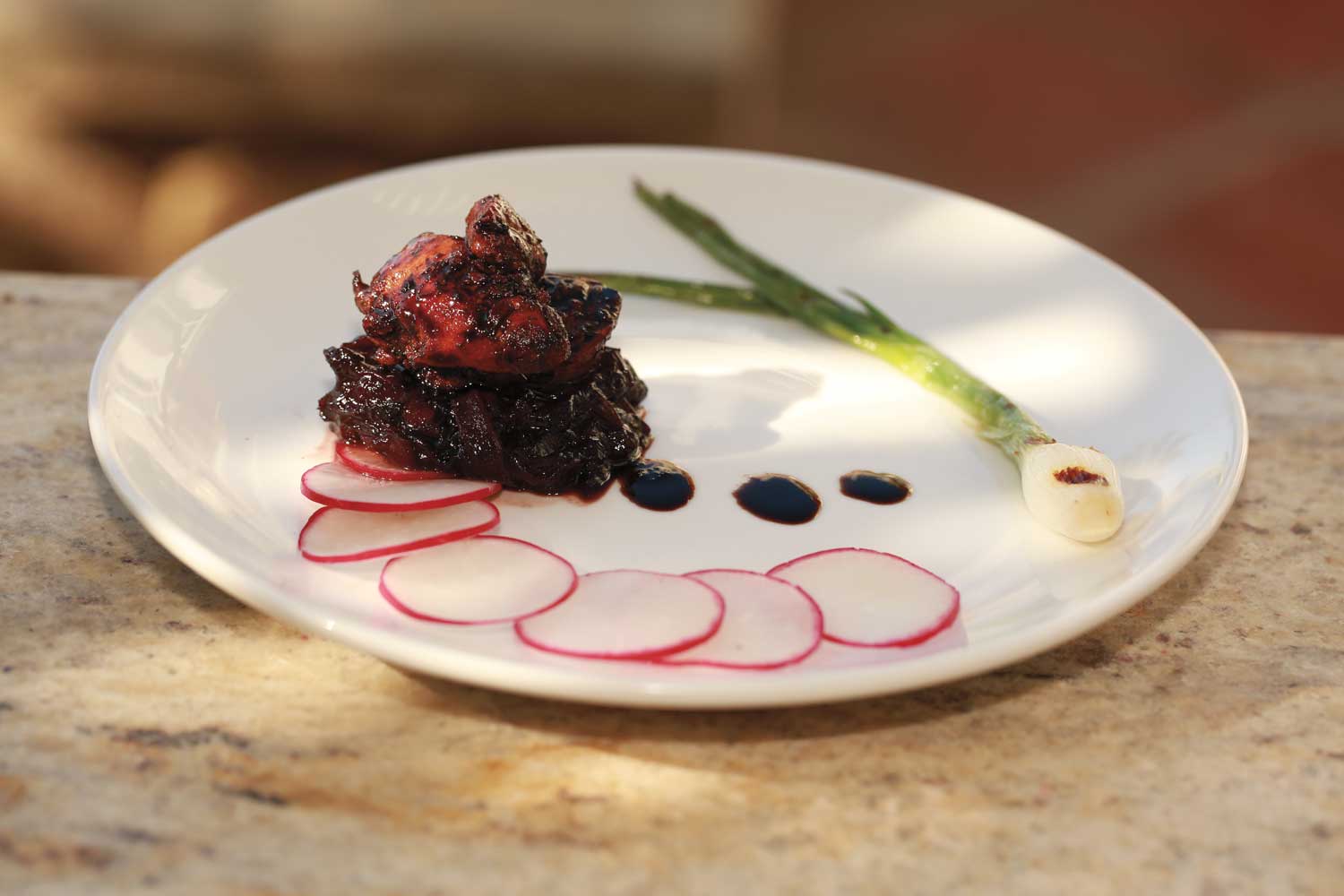 To trim chicken livers, pull apart the two halves of each liver and, with a sharp knife, cut off the sinew that attaches them.

Bring all ingredients to a boil in a small sauce pot, reduce to a simmer, cook for about 20 to 30 minutes or until syrup consistency. Remove from heat and reserve.

* To julienne onions, cut them in half from root end to tip. Place the cut side on a cutting board and cut in 1/8-inch slices. 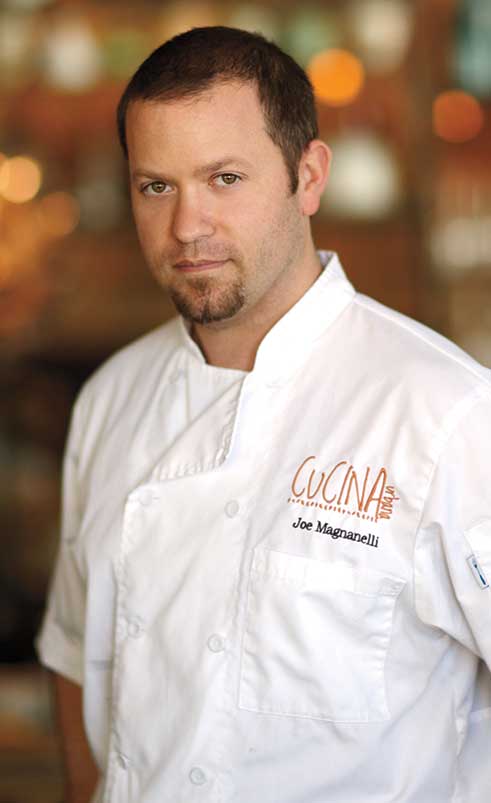 Talk about one-stop shopping: At CUCINA enoteca, customers can order food, wine, dinnerware and even some of the fixtures within the course of their meals...