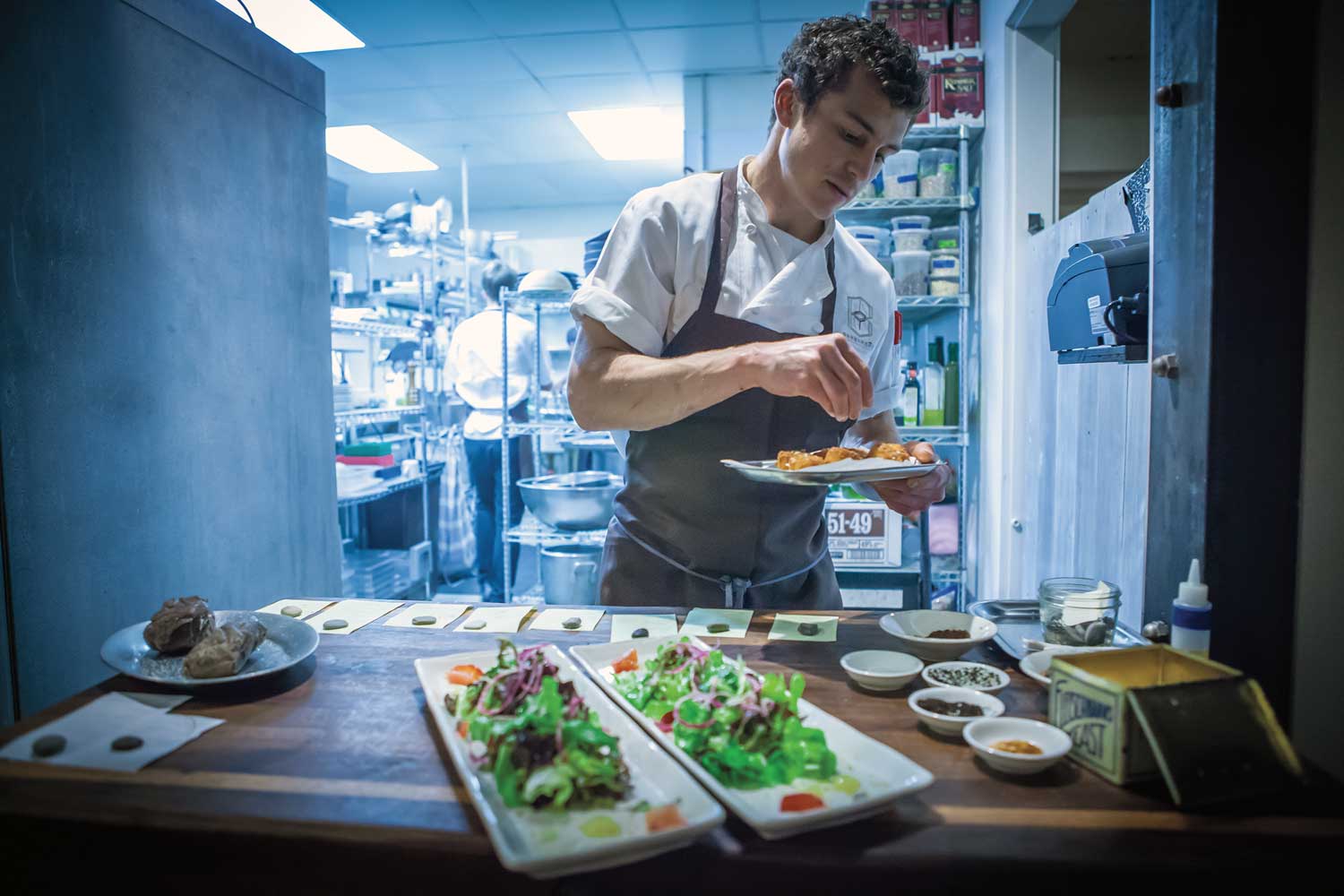 The globalization of restaurants and commodities has made it difficult in recent times to find regional foods and points of differentiation. Barbareño in Santa Barbara is one brilliant exception.

Named for a regional Chumash dialect, Barbareño specializes in the historic and still largely local style of wood-grilled cookery known as Santa Maria barbecue. The entire menu focuses on local foodstuffs, from the meats and produce to dry goods, wines and cider, chef and co-owner Julian Martinez says. A Santa Barbara native himself, Martinez is creating food that is not just regional, it basically falls within one postal code.

Martinez and business partner Jesse Gaddy, who worked together in food service while in college, embarked on a six-week tour of the East Coast and Europe before settling at their own place. “From the start, regional food was something I wanted to do. I wanted to come back to Santa Barbara,” Martinez says. “The trip was designed around places that had strong regional cuisines.”

For customers not familiar with a Santa Maria-style grill, a trip to Barbareño’s patio brings them quickly up to speed. There, at tables surrounding the crank-wheel barbecue station, they usually find the seductive aroma of wood-grilled meat hard to resist. “We sell Santa Maria barbecue twice as much as anything else,” Martinez admits.

Barbareño offers two versions of the ’cue, a cold-smoked, slow-cooked, contemporary style sold at dinner and a quicker, plain-grilled variety presented at brunch—and in the recipe featured here. The brunch version is more traditional, where the meat cooks faster or slower depending on the height of the crank-controlled grill tray. “It’s how I grew up cooking tri-tip, flipping it as much as you can,” Martinez says.  True to tradition, the meat pairs with local pinquito beans and pico de gallo.

At the opposite end of the spectrum, but equally local, is what one area reporter described as Barbareño’s “vegetarian tail-to-snout” entrée. Originally, the dish consisted of roast sun chokes, sunchoke puree, sunflower seed gremolata, sunflower sprouts and petals, an homage to neighboring Summerland’s founder and sunflower advocate, H. L. Williams. Recently, the main ingredient switched to fennel, Martinez says, to give vegetarian customers some variety.

The chef’s youthful appearance belies his experience in the kitchen. “I started in high school, washing dishes and doing prep work around Santa Barbara,” he explains. “When I got to college, it’s what I knew how to do.” His work ethic paid off and Martinez ended up managing the school café. “That gave me a lot of insight into management at a young age,” he says.

Upon graduation, Martinez moved to Napa Valley area and took on two jobs simultaneously, one as a line cook and the other as a server at The French Laundry. “That let me know what it looks like when servers are doing their job well,” he says, conceding, “I’m not a great server but I understand what a great server is.”

Then in 2013, with his restaurant concept materializing, Martinez “put out feelers to people I knew. Jesse majored in finance, that was a big part of where I was lacking,” he says. Another friend from his days at the college café, sous-chef Kris Brown, joined the team, as did chef de cuisine Owen Hanavan. “My cooking has become more refined, thanks to Owen,” Martinez says, noting “He is more fine-dining, I was more rustic. It works really well. I will come up with the idea, we work on the components and he comes up with how it gets plated.”

For those who don’t have access to a Santa Maria grill, don’t despair; the tri-tip can also be cooked in a conventional kettle-style cooker or on a gas grill, with tips included in the featured recipe. 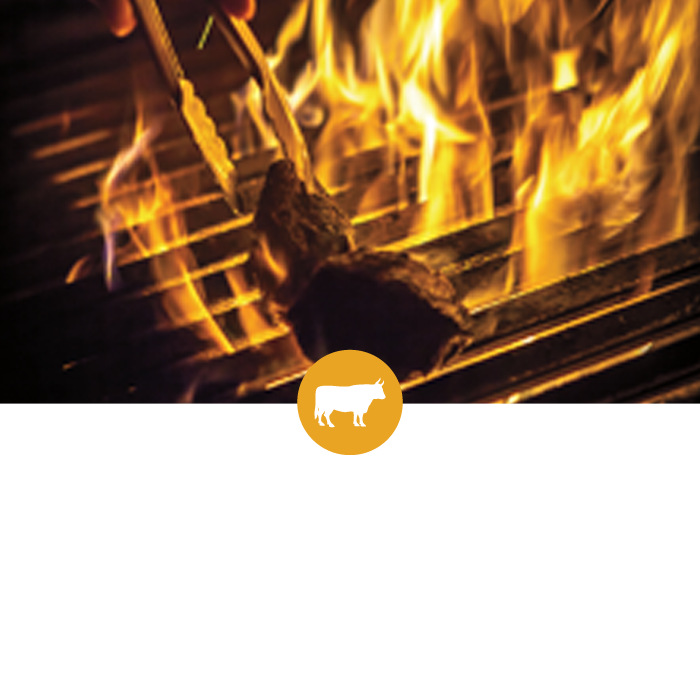