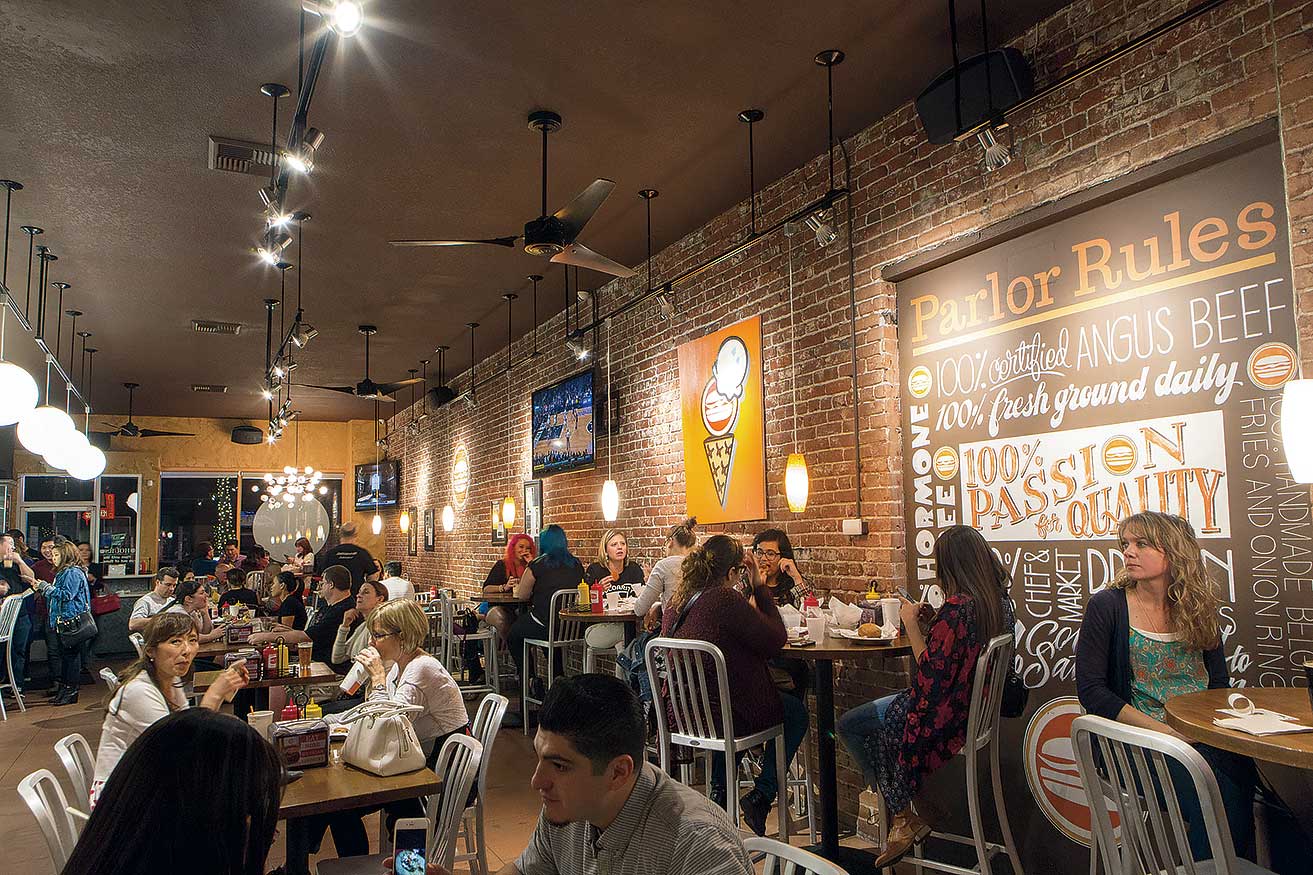 Often times, when customers order a hamburger in a fine-dining establishment, they wind up disappointed. Either the patty blend isn’t right or the burger lacks a sauce or the whole dish is too precious.

Not so with Joseph Mahon. When the fine-dining veteran introduced his hamburger at posh Bastide in West Hollywood, the reception was so overwhelmingly positive, Mahon started penciling out his own burger business.

Initially, he plied his sandwiches through food trucks and then a pop-up venue. “The first six months was a laboratory, improving consistency and getting guest feedback,” he reminisces. But changes in his personal life required a permanent address. “My daughter was on the way,” Mahon reveals, adding, “I stopped seeking out the next trend—I could chase that for 25 years.” He began to ask himself, ‘What’s more stable?’”

The answer was Burger Parlor, at a location just around the corner from the pop-up site.

“Testing took time. The bun recipe took about four months. The beef blend took eight months. Everything else has been an evolution,” he explains. “The pop-up allowed us to open and hit the ground running.”

Experimenting with new ideas is old-hat to Mahon. The Southern California native has been cooking since he was 16 and, after a successful career with top kitchens in New York, came back home to new challenges, even working as a wholesale food vendor for a time. “I’ve always had a creative mind,” he suggests.

He credits his banker mom for teaching him financial independence. When he announced an interest in culinary school, “I gave her every paycheck for a year and a half. It showed her I was serious.” She helped him invest his savings and created a fund that sent him to the Culinary Institute of America in Hyde Park, New York.

He has expanded those lessons as a business owner, he claims. “The movie Chef? I knew that story,” he asserts, proposing, “Chefs struggle, they feel they are sacrificing their reputation for the owner. That’s where owning a burger shop comes to play. I’m learning the business side.”

Burger Parlor, however, is no run-of-the-mill patty flipper. Mahon’s prowess as a chef evinces itself in the homemade ketchup, creative hand-scooped shakes and intricate burger toppings.

He fashions the patties from Nebraskan Angus beef, made fresh daily. Buns are also made in-house daily. Fries are hand-cut and cooked to order.

A local food critic described his “Parlor Burger” as “In-n-Out on steroids,” which amused Mahon, since the iconic burger chain was the inspiration for his whole concept, he says. That burger ranks among his top sellers, along with the “Smoky Burger” and the “Kali Burger,” presented here. “The Kali Burger reinterprets a classic flavor combo. The marinated peppers, caramelized onion, the avocado that has a texture that’s not smooshed, the bacon…it touches on my past, with the proper ratios too,” Mahon says.

No matter what the burger combination, Mahon insists, “let the meat shine. Everything else is second, third or fourth.”

“I underestimated how competitive this business is. Everyone has a viewpoint on how the burger has to be,” he concedes. “We’re making (the burgers) more accessible, a little less chef-driven, to provide a burger that’s familiar but much improved,” he says, noting, “If it’s too complicated, we can’t consistently do it. It’s humbling when you have money on the line.” 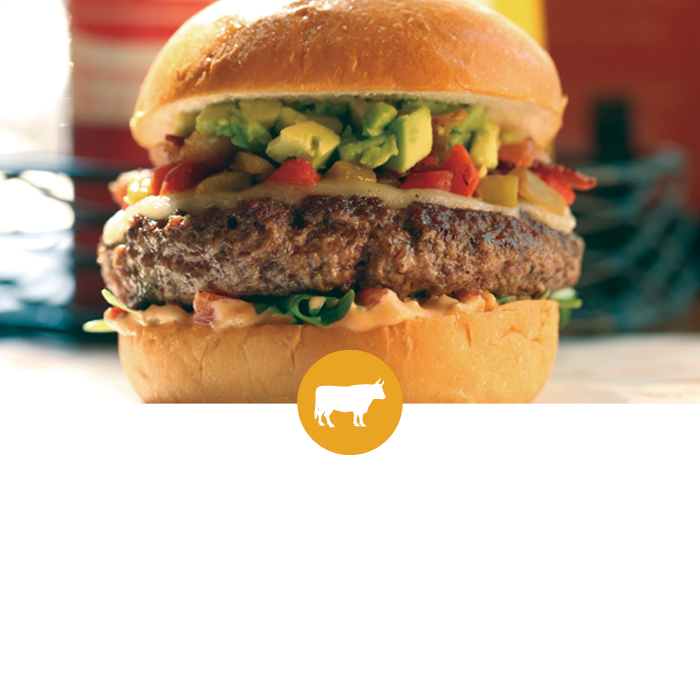