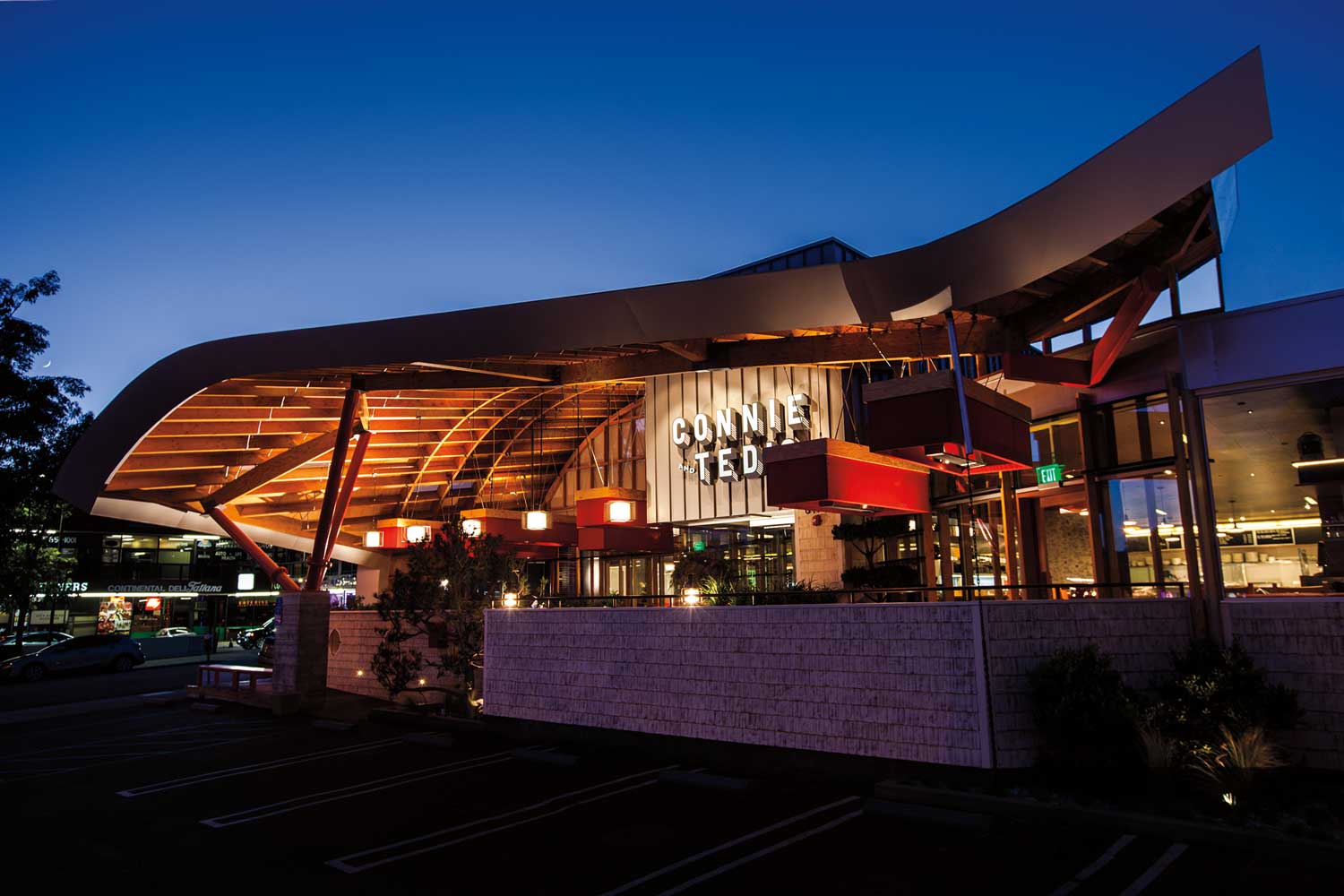 This is the fish restaurant that almost got away.

Connie and Ted’s began as a casual conversation at a charity event between two avid fishermen who also happened to be restaurateurs. Michael Cimarusti and Craig Nickoloff eventually collaborated, along with Cimarusti’s business partner Donato Poto, wife Cristina Echeverri and Nickoloff’s wife Amy Nickoloff, on an homage to memorable childhood meals at the beach. But in between, a recession and business distractions nearly capsized the concept.

Fortunately, the partners hung on, opening Connie and Ted’s doors in 2013 to hungry crowds and inspiring a string of seafood “shacks” across Los Angeles County. Today, the Googie-esque structure is home to one of the area’s best oyster bars and chowder houses. Coincidentally, they offer what Pulitzer-Prize-winning food critic Jonathan Gold named one of the best burgers in town.

Connie and Ted are not a fiction, they are, in fact, Cimarusti’s maternal grandparents from Rhode Island, who kindled his love of cooking and fishing respectively. He passed his exacting standards and sustainable seafood commitment on to Sam Baxter, who has worked with Cimarusti since 2002 and now helms the kitchen at Connie and Ted’s.

“Every time I thought about quitting, someone would leave and I’d get promoted,” Baxter quips, describing his rise under Cimarusti from culinary-school extern to Executive Chef.

Baxter credits his mother for pointing him to his future career. “I had dropped out of University of California-San Diego and was taking classes at University of California Los Angeles when she asked me, ‘have you thought about culinary school?’,” Baxter recollects. That led him to Le Cordon Bleu College of Culinary Arts in Pasadena, where he met his first mentor, fine-dining instructor Kyle Connaughton, who took Baxter under his wing. Another instructor, now school Dean Lachlan Sands, introduced Baxter to Cimarusti, who was executive chef at Water Grill in downtown Los Angeles at the time. Baxter has stayed with Cimarusti ever since.

The Southern California native claims he has always had a fondness for food. When the family would eat out, “I’d find the unusual item on the menu and order it,” he says. The real turning point came during a cruise to Catalina Island when Baxter was eight, he recalls. “I had oysters, escargot and the most amazing cream of blueberry soup. I had never had a cold soup or a soup made out of fruit before.” His outlook on food changed forever.

Now Baxter can be the one to inspire budding gourmets at his restaurant, where the menu offers a nightly changing list of fresh fish and shellfish, along with lobster rolls, clam rolls, steamers, three types of chowder, fish stews and sides. There are also Prime steaks and the aforementioned burger, either plain or extravagantly paired with Hook four-year-aged Cheddar and Nueske’s bacon.

“The burger was the most difficult item,” Baxter says of the menu development. “We tried at least a dozen blends, with different grinds, fat contents and beef cuts. That was just the patty,” he recalls. “We resolved to make everything else. Once the meat was decided, it went together pretty fast.”

The customers at Connie and Ted’s continue to surprise him, he says, noting, “I never knew we’d sell so many fish and chips or grilled fish,” he states. Homesick New Englanders have also discovered the house’s signature smoked bluefish dip, a surprise hit. The dip, Baxter says, like much of the menu, “touches the heart of East Coast transplants.” 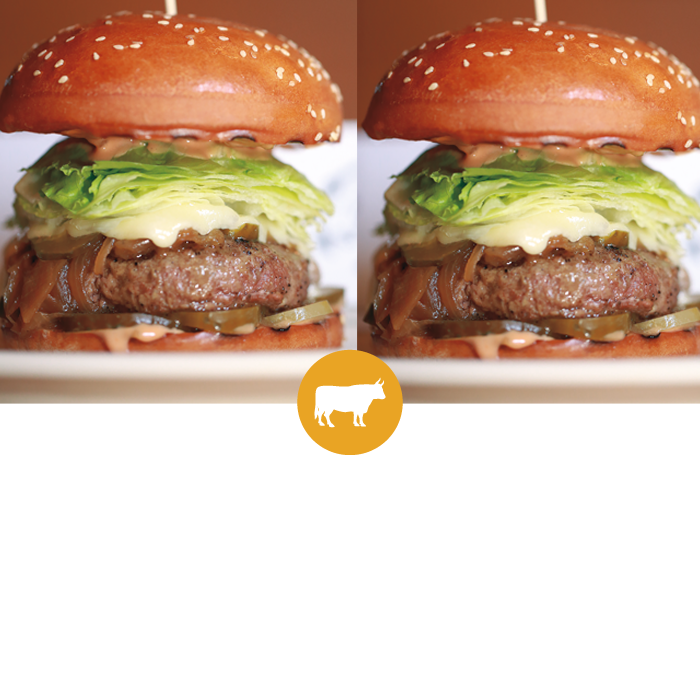