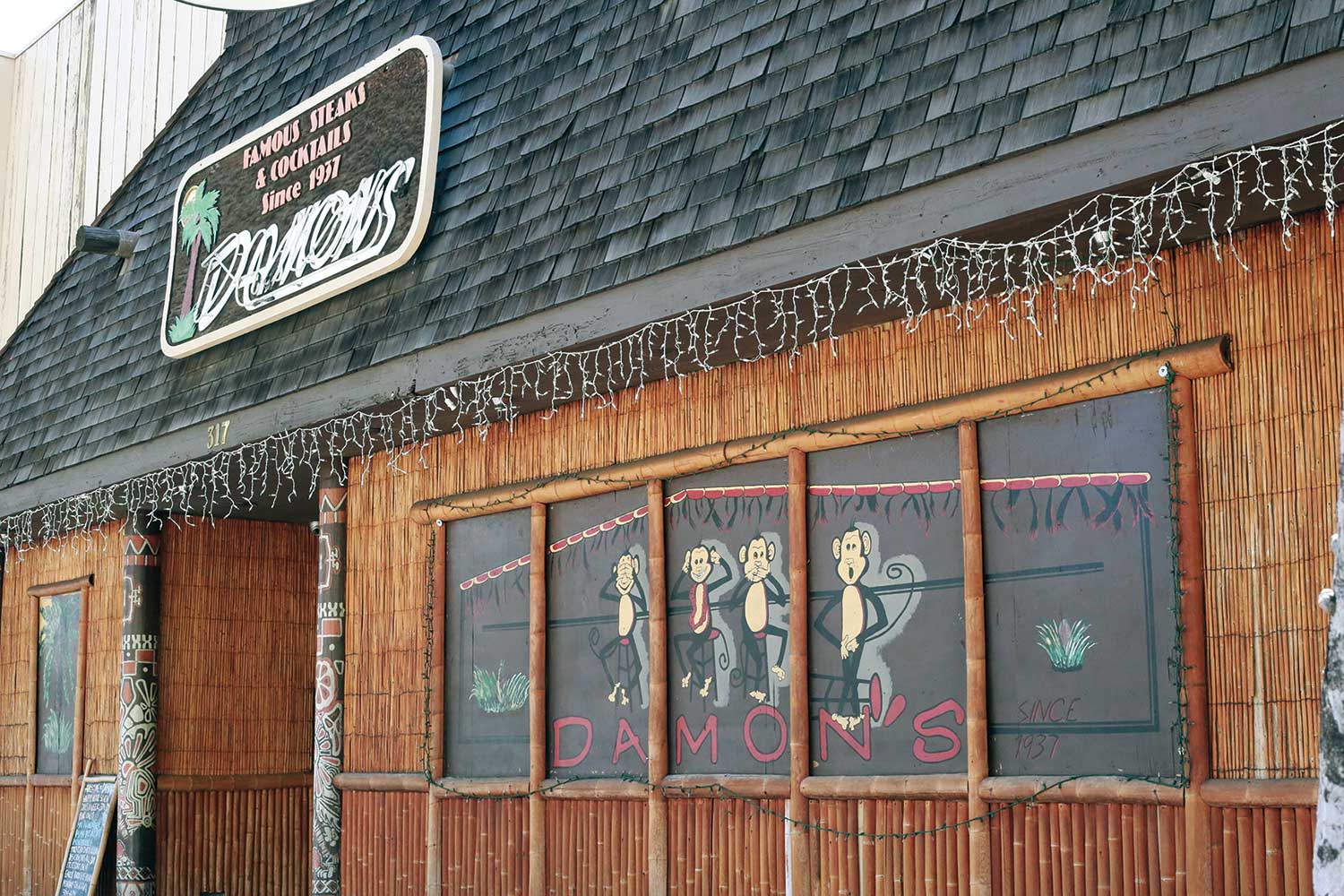 Polynesian restaurants were all the rage when Loyal Adelbert Damon launched his eponymous steak house in Glendale in 1937. Although contemporaries like Don the Beachcomber and Trader Vic’s have faded away, Damon’s Steak House continues to serve hearty steaks and sturdy rum cocktails.

The ownership and location have changed over the years at Damon’s. For the family who took over in 2005, their mission, says executive chef and long-time employee Richard Swenson, was to “keep the integrity” of the original concept, so they left the core menu and the tiki-themed décor intact. After nearly 70 years, though, “the menu needed work,” Swenson recalls. His first task was to upgrade ingredients.

If Damon’s does not appear on the radar of tiki bar fans, that is probably because, since it opened, Damon’s has based its reputation on steaks, not cocktails. “The filets and the New Yorks probably make up 50 percent of sales,” the chef says.

Another popular section of the menu is newer; barbecue has joined the roster. “We’ve been barbecuing since 2012,” Swenson reveals.

Barbecue has been a lifelong passion of Swenson’s, who took off with a friend in the early 1980s and toured North Carolina and Tennessee. “We worked for free wherever we could to learn to cook the real way,” he recalls. The pair took their expertise back to their native Massachusetts and opened a restaurant in Sommerville. The partnership eventually ended and Swenson headed west, bringing his barbecue chops with him.

“The meat is smoked with red oak. We make our own rub and our own sauce,” he claims. Damon’s customers have a choice between brisket, shoulder meat and spare ribs, he says. “It’s an indirect, Southern-style of smoking,” he explains.

The ribeye, presented here, is also a relatively new item at Damon’s. Customers have a choice of pairings, with Swenson’s blue cheese sauce asked for more than any other, he says.

“This came out of playing around,” the chef notes, adding, “I’ve been working on blackening for 20 years now. I used to do it with a whole prime rib roast, I’d cook it to rare, then add a blackening seasoning.

“Steak and blue cheese go great together. There are all different kinds of ways to pair them,” he reckons. “I’ve done a compound butter before. For this, I wanted to get a sauce on the steak,” he explains.

Although he has added new items, Swenson says he handles the traditional items on the menu with care to preserve the tradition at Damon’s. “It’s a steak-house, classic-style menu,” he says. But he still gets to express his innovative side, saying, “we do lots of specials. We run three to five appetizers and four to six entrees every night. That’s where I get my creative input.” 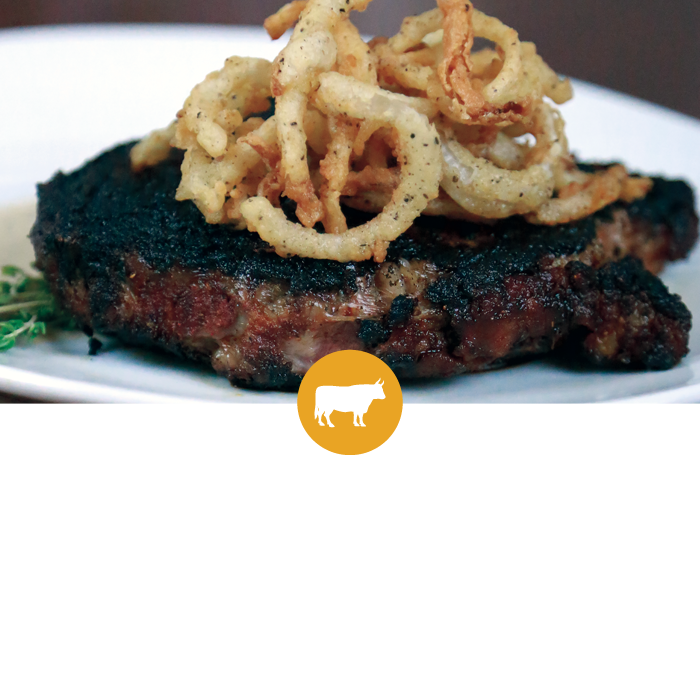