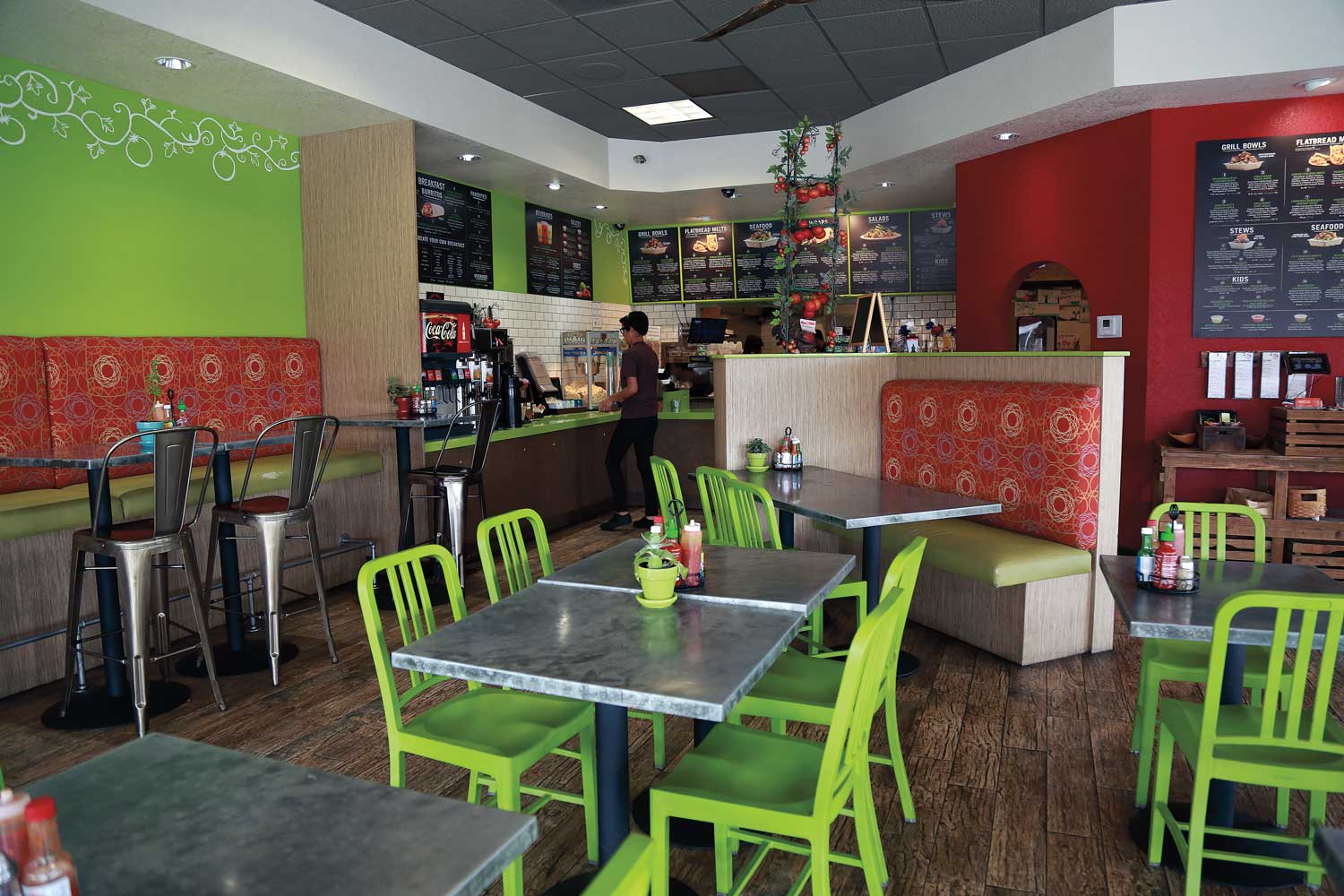 Healthy, craveable, fast food was for years the holy grail of the restaurant business. Then the team behind Green Tomato Grill landed on the secret.

A collaboration of three skill sets—chef Kyle Markt, entrepreneur Christopher Stern and attorney Bruce Whisnant—Green Tomato Grill opened its doors in Orange, Calif., in 2013 to rave reviews. Markt boils the concept down to one principle: “We go for simplicity,” he says.

The first step towards that goal was to create clear, concise recipes, he notes. With a second unit opened in late 2015, “I won’t be able to stick my spoon in every sauce, so I want recipes that are simple and easy to follow,” he explains.

The creation of Green Tomato Grill’s concept is straight out of the Silicon Valley playbook. Stern and Whisnant, partners in a think tank, looked into several businesses from solar cell development to exercise equipment, Markt explains. “They came to agree on fast, healthy food.” To create the menu, the duo ran an ad on Craig’s List, which Markt answered. “They picked my brain for 15 minutes. A lot of the original ideas are what we’re serving,” he recalls.

Those ideas include full-flavored rice bowls, wraps and salads, sourced from organic, sustainable producers where possible. The menu offers numerous vegetarian and gluten-free options along with beef and pork stews. “We cook everything on an open-space grill with no dairy fats except sausage and some cheese,” Markt details. His goal with each dish is umami, the Japanese term for savory deliciousness that can be difficult to capture in meatless dishes. “You usually need butter or chemicals. We know our customers would demand we didn’t do that. We use garlic, olive oil, lemon juice and soy sauce,” he says, noting, “When you blend those and let them sit overnight, the calories are low, but the flavors are high.”

Markt admits his current style of cooking is as far from his roots as his California home is from his Cleveland childhood. He began work in the kitchen in high school, under the direction of notable Midwestern restaurateur Doug Katz, whom Markt considers his mentor. “He influenced me in everything, from the way we season our pasta to the way we make balsamic vinaigrette,” he admits.

When Markt decided to follow his brother to California, his culinary perspective broadened through private catering and by running a kitchen at a rehab center. There, he learned how to coax flavors out of gluten-free and other restricted-menu dishes, all while listening to the clients’ needs. Those lessons have come in handy at Green Tomato Grill, where the kitchen remains flexible to the customer’s requests.

The most difficult part of creating Green Tomato Grill, Markt claims, was financing the first location. “Nobody was interested in giving two guys (Markt and Stern) with no track record a half a million dollars,” he says. Those troubles are in the rear-view mirror now and Markt looks forward to the purchasing muscle a multi-unit company can flex as Green Tomato Grill grows.

The achiote beef stew featured here was inspired by Markt’s fiancée, he divulges, who is Vietnamese. “She has influenced my food,” he says. “The flavors are Vietnamese. It’s a loose adaptation of Bo Kho beef, a Vietnamese dish. Achiote seeds when boiled become annatto, which is common in Vietnamese food.” The seasoning is also prevalent in Mexican cuisine, so Markt concludes, “at the end of the day, it comes off more Mexican flavored.” Either way, this delicious, satisfying, braised dish works on its own over rice or as a sandwich filling and is light enough to enjoy year-round. 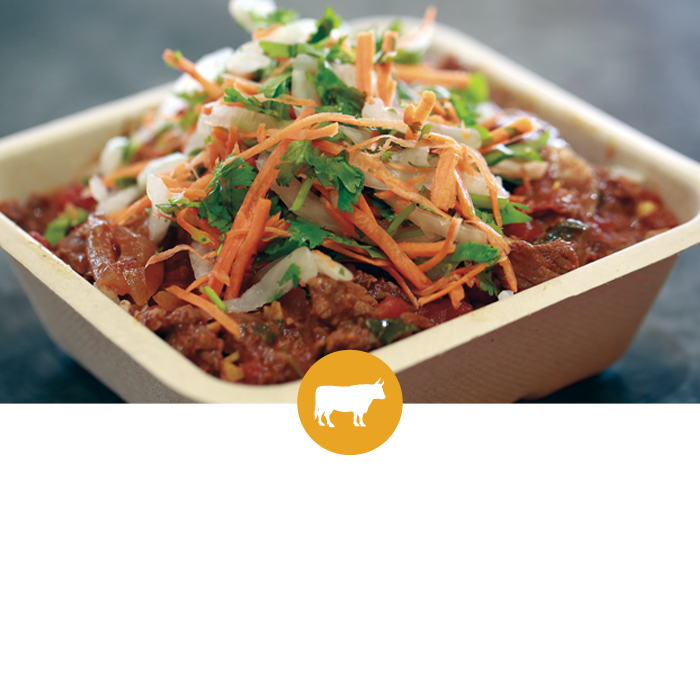