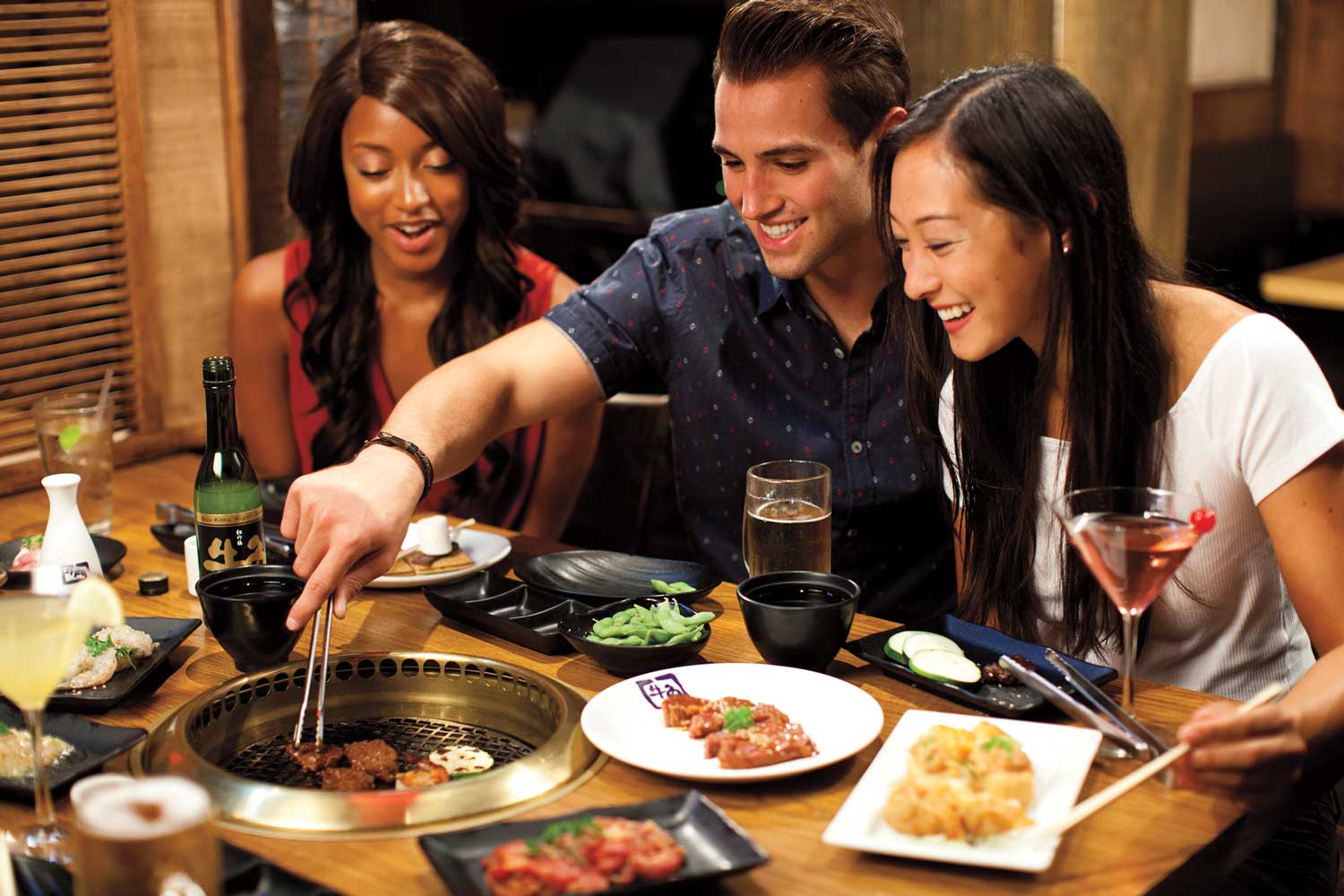 Grilled beef, or yakiniku as the Japanese say, traditionally acted as an after-work snack exclusively for Japanese businessmen, to tide them over before they headed home for dinner. The small pieces of economical cuts of beef, flavored simply with soy sauce, cooked quickly over charcoal and were washed down with a few cocktails.

Although yakiniku shares some elements of Korean barbecue—gogigui—and gets confused with the Korean model, historians argue over whether yakiniku is intrinsically Japanese or is a Korean import adapted to Japanese palates.

Whatever the case, yakiniku specialist Gyu-kaku evolved the custom into a family dining experience by making several crucial tweaks to the formula, says the purchaser Irene Lin. Lin, who has been with the North American franchisor since the first Hawaiian location opened in 2002, says founder Tomoyoshi Nishiyama “decided to open a family-friendly yakiniku. He didn’t want to be just rich. He wanted to make people happy.”

To meet that goal, Nishiyama tapped Japanese ex-pat and Honolulu entrepreneur Toshi Hayakawa to spur the company’s North American expansion. Under Hayakawa, the brand has upgraded and expanded its meat selections and developed a wide range of seasonings and condiments to appeal to a broader market, Lin notes. Today, the menu is closer to an izakaya, she believes, which is Japan’s version of a tapas bar.

The pleasure of cooking one’s own choices of seasoned strips of meat over an open grill remains. To add to the enjoyment, Gyu-kaku developed smokeless grills, so families could enjoy a barbecued meal without filling their lungs with smoke or smelling like they had been at a campfire.

The item most often chosen to grill is a red miso-marinated skirt steak, followed by the short rib, or kalbi. “Miso is our most popular marinade. It’s similar to American barbecue. It’s tangy and sweet,” Lin says.

Several years ago, when Korean fusion tacos gained popularity in Los Angeles and beyond, the Gyu-kaku team started working on their own taco, resulting in the recipe presented here. “There is a big Mexican influence and culture in Los Angeles. All of our managers love Mexican food,” Lin states, which led her to combine the top-selling meat with spicier seasonings.

Garlic sauces also are gaining popularity, as the company’s Facebook page polls testify. Lin admits that, lately, her favorite on the menu is the kalbi chuck short rib with garlic and lemon.

Besides meat dishes, the restaurants serve a wide array of noodle and rice dishes, including the Korean hot-pot rice dishes known as bibimbap. Vegetable lovers have nearly a dozen choices to cook to their liking. Cleaving to the origin of the yakiniku concept, Gyu-kaku serves an extensive happy hour menu with reduced prices on many of their favorite dishes.

The company culinary team continues to introduce new items and flavors to meet their president’s credo of kando sozo, Lin explains, which translates loosely as “to create experiences and exceed expectations.” Because of that philosophy, “we can focus on the atmosphere and the food quality in each restaurant,” she says. 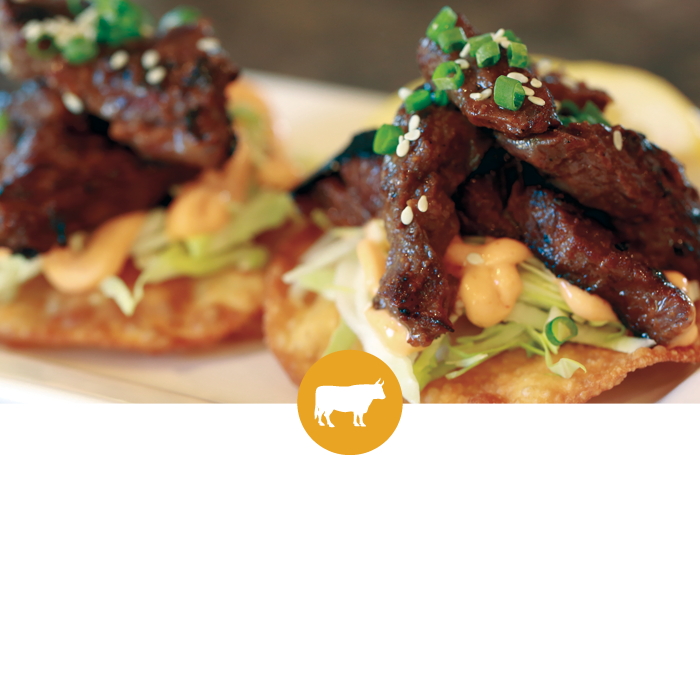