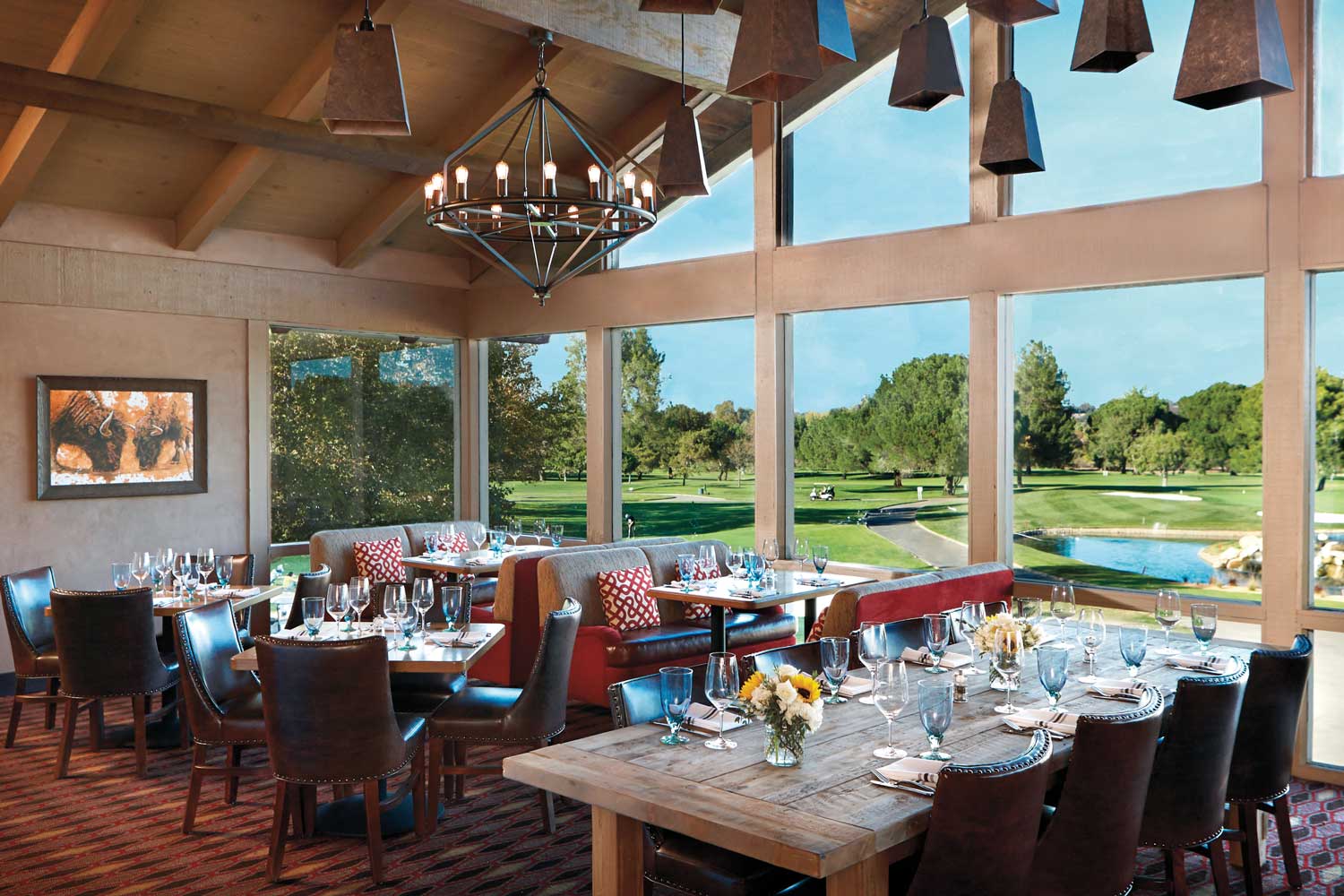 Mention California wine and most people’s thoughts jump to Napa Valley, north of San Francisco. The true origins of the California wine industry, however, are in Southern California, which until the Gold Rush dominated the North for wine production.

In Southern California, the most recent region to express itself as a wine producer is Temecula, where viticultural weekends and tours have quickly become a popular diversion for residents of nearby counties. That suits the Temecula Creek Inn just fine.

Based around a 130-year-old granite barn, Temecula Creek Inn is a logical stop between the wineries, either for an overnight stay, a celebratory weekend or a seasonal meal at its signature restaurant Cork | Fire Kitchen, where Chef de Cuisine Darrell MacNeil has run the kitchen since early 2015. He reports to Executive Chef Tim Prezio, who looks after all the culinary functions of the 130-room property that boasts a championship golf course and banquet facilities.

MacNeil came to the Inn with years of kitchen experience under his belt, dating back to his native Pennsylvania, where his culinary career began as a high school dishwasher at the Allentown Bar & Grill. “I grew up in a heavy-duty cooking family. My grandmother and my mom were always cooking,” he says, adding, “I learned to appreciate the process of making food as a child.”

At his initial job, he quickly moved up to the cooking line. “I remember when I learned how to make my first brown sauce. I went home and made it for my family,” he recalls.

As MacNeil moved on to college and ventured away from home, the cooking bug continued to bite. “I could always drop in a kitchen and work. You learn what you know and can apply it to a new place. You also learn new skills there,” he reckons, saying, “I began to realize, gosh, I have a lot of knowledge to dip into.”

Eventually, the peripatetic chef landed in California, picking up experience in Lake Tahoe and taking in the slopes before heading south to San Diego and, finally, Temecula Creek Inn.

MacNeil says he feels fortunate in his career to have been “pushed by forward-thinking people on a healthy kick. What’s the sanest way to eat?” His post at Cork | Fire Kitchen allows him to continue to explore that idea.

The restaurant promotes its agricultural partners, both local and nationwide, to emphasize its seasonal connection. Cork | Fire Kitchen’s porcelain mascot, Porter the Pig, often appears at events and in promotional materials, MacNeil says, to be the restaurant’s storyteller, with the blue pig statue connecting Cork | Fire Kitchen to its local farm suppliers.

Maybe the porcine image puts diners in the mood for pork, because the slow-braised pork belly, featured here, has been one of the best sellers, MacNeil relates.

“I wanted to do something with pork belly that, quite frankly, we could offer at a good value,” he says. The belly also allows him to offer something different from the Duroc pork chop, already on the menu. “We slow-cook the belly and heat it for service with a nice red-wine demi-glace and pine nuts. The bok choy adds an Asian perspective in contrast to the rich pork. The pickled onions add some acid,” he details.

Other popular items include the Mary’s Chicken Roulade, which is served two ways, he says, and the filet and flat iron steaks. “But on any given night, the pork belly can outsell them, also the Duroc pork chop,” he claims. Just thank Porter. 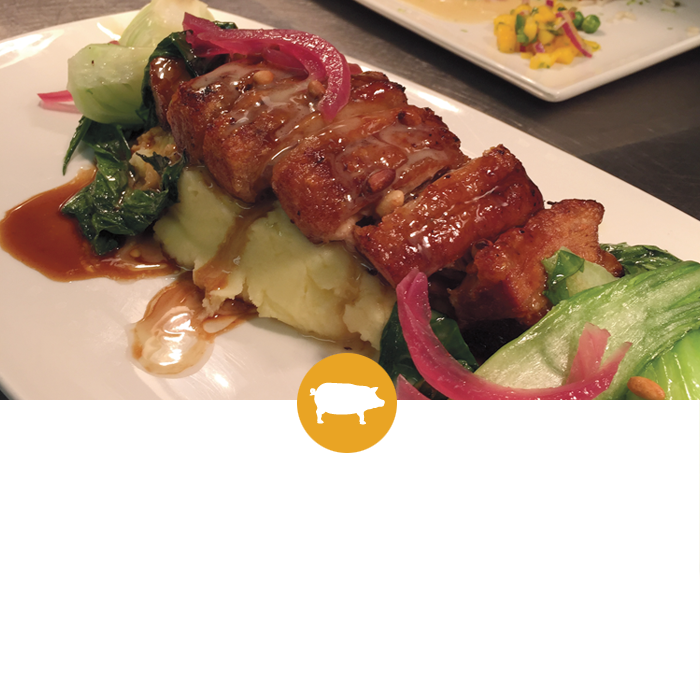