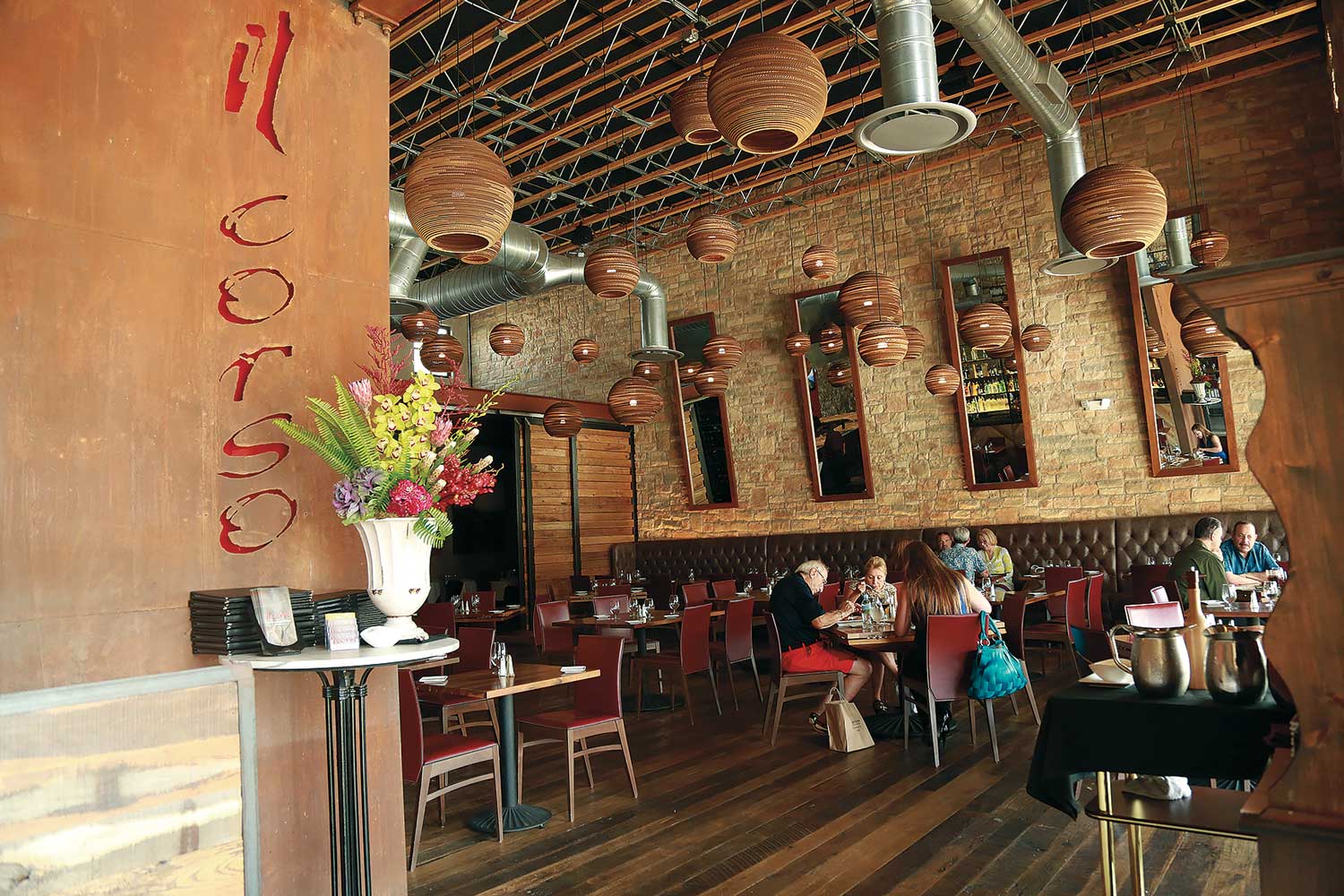 Like Bob Hope and Frank Sinatra did before them, many Southern Californians pack their weekend bags and escape to “the desert,” the dry, sun-basked resort area in and around Palm Springs. Championship golf courses, posh spas and an international variety of restaurants await those who venture inland.

In 1997, Italian-born chef Mario Marfia headed to Palm Desert, after a lengthy career cooking in some of West Hollywood’s most beloved Italian restaurants. But he wasn’t there for the weekend, he was there to open his first restaurant, Trattoria Tiramisu. Its success and A-list crowd led to Il Corso, also in Palm Desert, in 2014; and a second Il Corso in Palm Springs, slated for 2016.

Where Trattoria Tiramisu leans toward Marfia’s Sicilian roots, Il Corso manifests his training elsewhere in Italy, most importantly at luxurious Villa la Massa hotel near Florence. “A lot of what influenced me came from Tuscany,” he says, noting, “My son was born there.”

Marfia’s son, Claudio Marfia, works with his father at Il Corso and continues a long line of Marfias in the foodservice business. Mario Marfia began work at age 10, he says, helping his father at the family ice cream business in Sicily. His grandfather was a baker, as is his brother, whom he worked for before heading to culinary school, a career and a change of scene.

“I decided to come for vacation to the United States—to San Pedro,” he laughs. Instead, he stayed and worked, first at the famous but now-shuttered Perino’s, then Madeo and Ago. Then he set off on his own.

Il Corso—which translates as El Paseo, the restaurant’s street address—is a sleek, comfortable boîte on a restaurant-lined row in Palm Desert that Marfia opened with local developer John Wessman. The business swings into full gear from November to May, Marfia observes, when the “snowbirds” from colder climates migrate to the sunshine.

That extends to every ingredient on the menu of pastas, pizzas, salads and grilled and oven-roasted meats. Marfia makes his pastas, breads and pizza dough on-site daily. At holiday time, he will feature his signature Christmas bread called panettone, bringing in traditional ingredients from Italy. The popularity of his baked goods has drawn demand from other restaurants, who buy his ciabatta wholesale, he says.

His second location in Palm Springs will bring him full circle, with a gelato bar, where, in Sicilian style, he will serve the frozen treats on house-made brioche.

Although Marfia travels back to Italy frequently to stay current with food trends and styles, he is never too far from family. His ancestors look over him daily from three large picture frames hanging in the bar area. Their images add a touch of history and warmth to the chic, modern décor.

The menu at Il Corso changes every six months but a recurring item and customer favorite is the pork chop Milanese. Marfia shared his Mediterranean version of the dish, which pairs the crisp, pan-fried chop with a generous serving of prosciutto slices and checca (pronounced cake-cah), a fresh tomato relish. 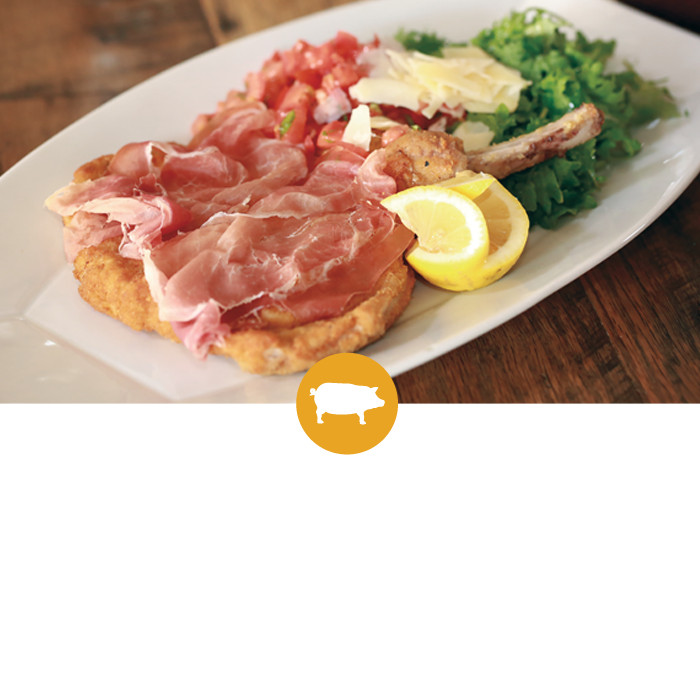