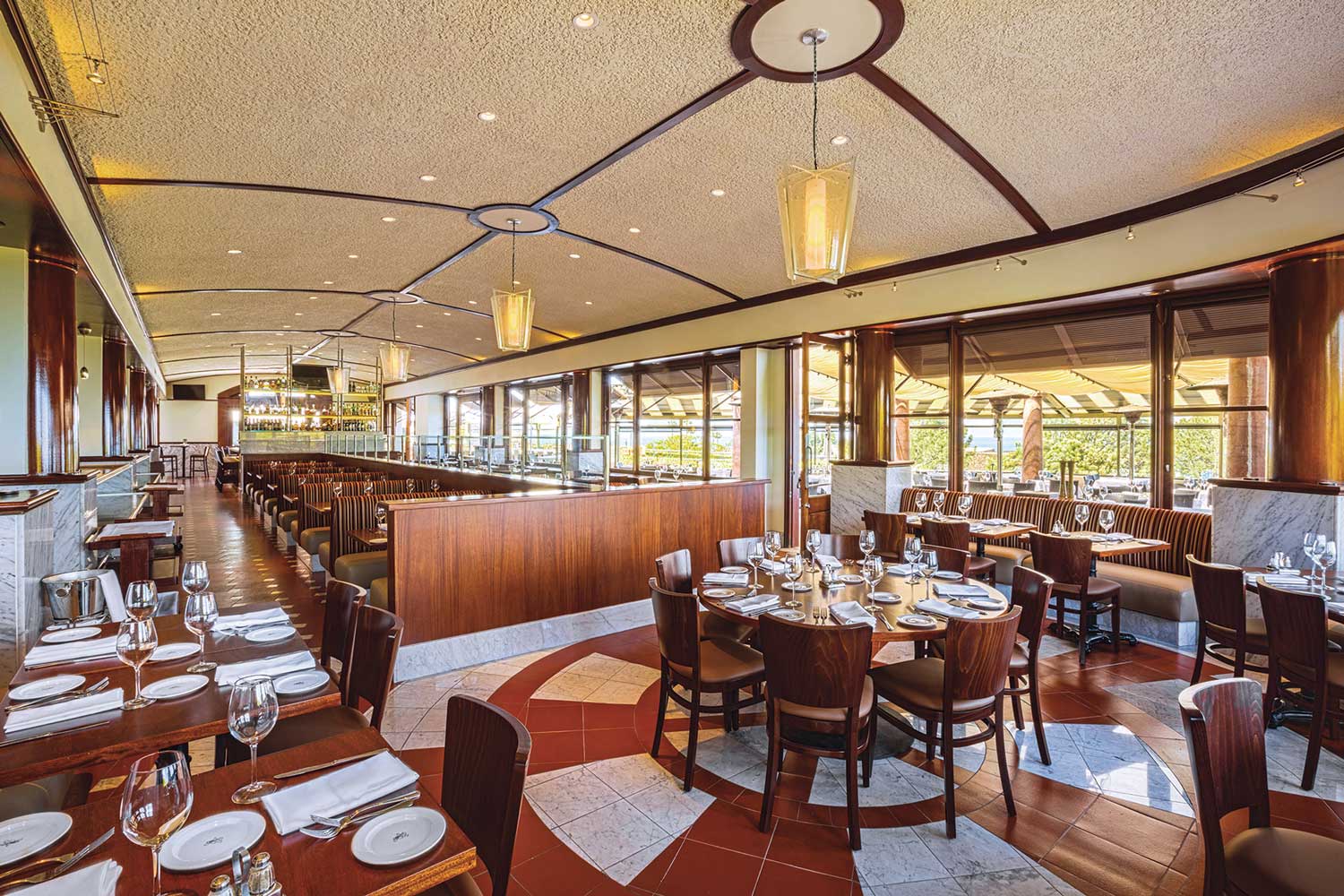 To hear Maurizio Mazzon talk, his native Italy is not so much a country but rather a giant pantry full of delicious items.

Mazzon can be forgiven for viewing his homeland through the lens of the kitchen. As the vice president and executive chef of Il Fornaio, he has led his chefs and general managers on culinary tours of Italy numerous times. Along the way, he has collected recipes and foodstuffs to present to customers during the company’s year-long Festa Regionale (Regional Party), a monthly tradition at Il Fornaio for the past two decades.

“For me, Italy has something different city by city: different food, different wine, even a different dialect. Go 15 kilometers (10 miles) from my town, you can hear a different accent,” he asserts.

The immigrant chef, who began his professional work as a baker, found Il Fornaio to be a comfortable fit when he started there in 1989. The concept, originally a school for bakers in Northern Italy, came to the United States in 1981, quickly morphing into a bakery-anchored restaurant chain. Now the company has nearly two dozen locations across five states. Il Fornaio has changed owners along the way but never lost its focus on the many-faceted cuisines of Italy.

Mazzon himself comes from the northern region of Veneto and was instrumental in creating the company’s second concept, Canaletto, which debuted at the Venetian in Las Vegas in 1999. Named for a famous Venetian artist, Canaletto tailors its menu towards the specialties of Northeastern Italy.

“Fifteen years ago, the number one pasta was fettuccine Alfredo. That’s what Americans thought was Italian. I didn’t know it,” Mazzon concedes. “Canaletto is my creation of the Veneto. I thought people might not be open to the food, but they were,” he says.

When Il Fornaio first started the Festa Regionale, Tuscany was the main attraction, Mazzon recalls, but now, “Sardegna and the Veneto have been number one and number two for many years,” he claims, although Tuscany is still popular. “Our guests have their favorite regions. There are 12 months and 20 regions, we can’t fit them all in one year. I get calls and complaints,” he admits.

What surprised him several years ago was that Puglia was the second-most-popular region, causing him to revisit the area’s specialties and discover the braciolette recipe presented here. “We have lots of chefs from Italy in the company. One was from Puglia. We develop recipes together,” Mazzon says. The cavatelli used in the beef roll dish is part of the tradition, although the chef reveals, “Orechiette is the official pasta of Puglia, just as capellaci and tortellini are the pastas of Emiglia-Romana.”

Sadly, Mazzon notes, his job leaves him little time to cook at the restaurants, so he saves his favorite pastime for home. But his enthusiasm for his job is obvious, as is his knowledge of his subject. “Work in the kitchen is tough,” he advises. “For forty years, I’ve been in this business. If I didn’t have passion, I wouldn’t have gone anywhere,” he asserts, adding, “It’s not like the food shows on television. That’s not reality.” 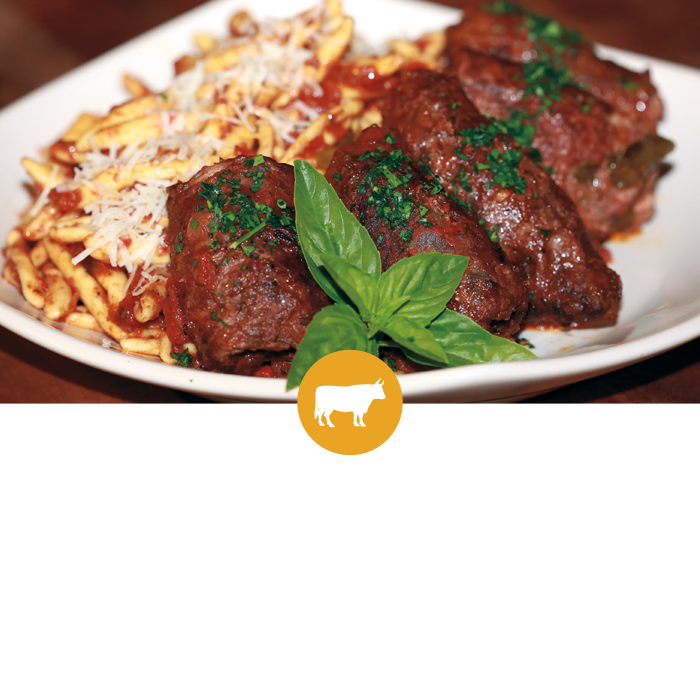