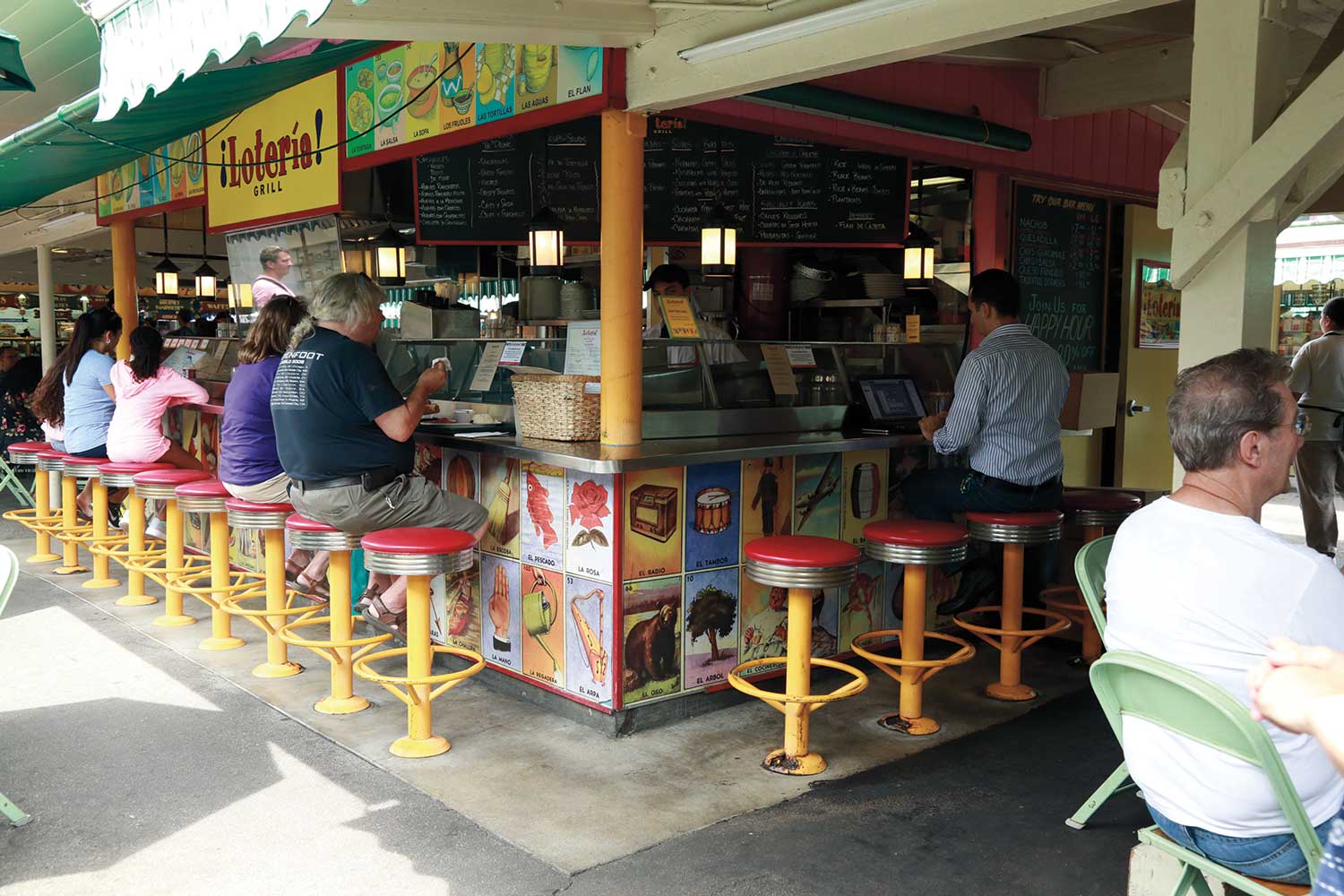 The opening of a unique taquería in Los Angeles would not seem to be news: The City of Angels has long held a penchant for tacos. But the 2002 debut of ¡Lotería! Grill at The Original Farmers Market sent a rumble of excitement through the food community and left a huge impression on the area’s taco culture.

Driving that tortilla-wrapped revolution is the company’s affable founder, Jimmy Shaw, a Mexico City native and Wharton School graduate whose mastery of food and marketing has propelled the brand. From the counter-service stall at The Original Farmers Market, ¡Lotería! Grill has expanded to four full-service restaurants across Los Angeles County, two counter-service outlets at Los Angeles International Airport and an express counter in downtown Los Angeles; in 2014, Shaw and his brother, Andy Shaw, launched Torta Company, a companion concept in downtown Los Angeles, that showcases the Mexican torta, or sandwich.

Named for a popular card game, ¡Lotería! Grill sprang from a simple idea: “Tacos and a date. We serve good food wrapped in a tortilla,” Shaw explains. In his native Mexico, stopping for tacos before or after a movie or concert was natural, but when he moved to the States, he found the taco experience lacking, relegated to fast-food counters or late-night taco trucks. Customers grew accustomed to food that was quick and cheap, he discovered, probably made with lower-quality ingredients. With ¡Lotería! Grill, Shaw changed that.

He struck a nerve. Since 2002, Southern California has exploded with full-service taco concepts. The restaurateur even found tacos at the Four Seasons Beverly Hills, he says. When the hotel’s chef learned that Shaw was on site, he came out to meet him. “He told me, ‘The reason I have tacos at the bar is because I eat at your place at the Farmers Market,’” Shaw recalls.

A passion for delicious food runs through the Shaw family, originating with Shaw’s mother, Marilyn Dysart de Shaw, who taught herself to cook once she married and then taught her four children not only to taste their food but to identify each herb, spice and technique, Shaw says.

That training comes out when talking to Shaw about food. The conversation will not only be a delicious discourse on ingredients and flavors but also a cultural history lesson. The chicken tinga recipe presented here is just one example.

“Tinga is from Puebla, which is the birthplace of the fusion between Spanish and native food. Native Mexicans had turkey and fish but not pork or beef,” Shaw relates. “The dish has evolved over the years. More often, it’s made with pork as a tostada topping. When I was doing the menu, I figured chicken tinga would do better,” he muses. “This is an indication of what we’ve done. I see chicken tinga tacos everywhere now. I don’t see pork tinga anywhere,” he claims.

One food item that has become synonymous with ¡Lotería! Grill is chicharrón. Traditionally, it is an item made from pork skin, but ¡Lotería! Grill introduced a Mexico City staple not common in Los Angeles called chicharrón de queso. Made with Oaxaca and Jack cheeses, the large crispy sheet of griddled cheese comes with guacamole and salsa.

The restaurants also served a classic chicharrón en salsa verde, poaching the rind until tender in salsa, then stuffing it in tacos or on top of sopes. But Shaw “took it up a notch” after he and his culinary team stumbled onto a new interpretation. “One day we were working at the kitchen and wanted something to eat, so we made a quick version, with a raw tomatillo sauce instead of cooked. We toasted the chicharrón slightly and ate it in the moment. It was the most delicious thing you can ever imagine,” Shaw enthuses, adding, “It smells like bacon fresh-cooked in the morning.”

As the brand has grown, the menu has matured, adding à la minute preparations to the stews and slow-cooked fillings for tacos, sopes and tostadas that originally filled out the menu, Shaw says. The evolution fulfills Shaw’s original vision of a one-to-one relationship between the customer and the taco man, or taquero. 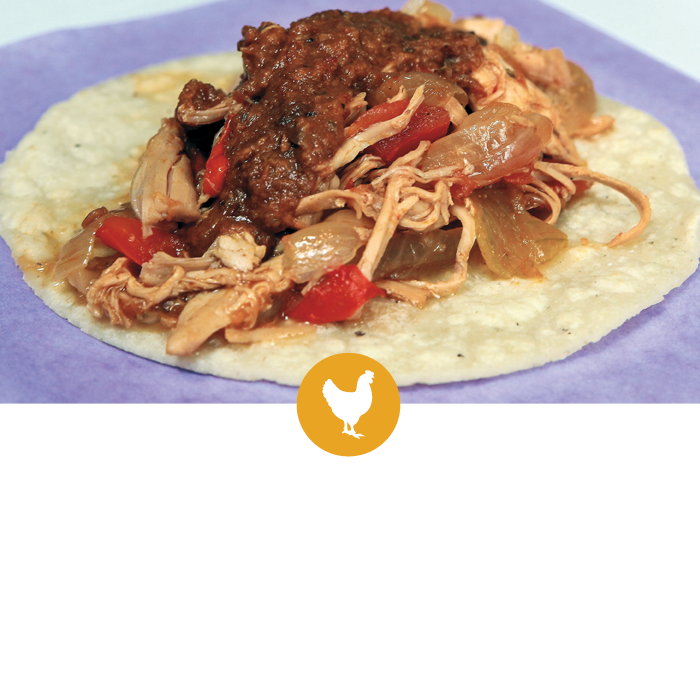