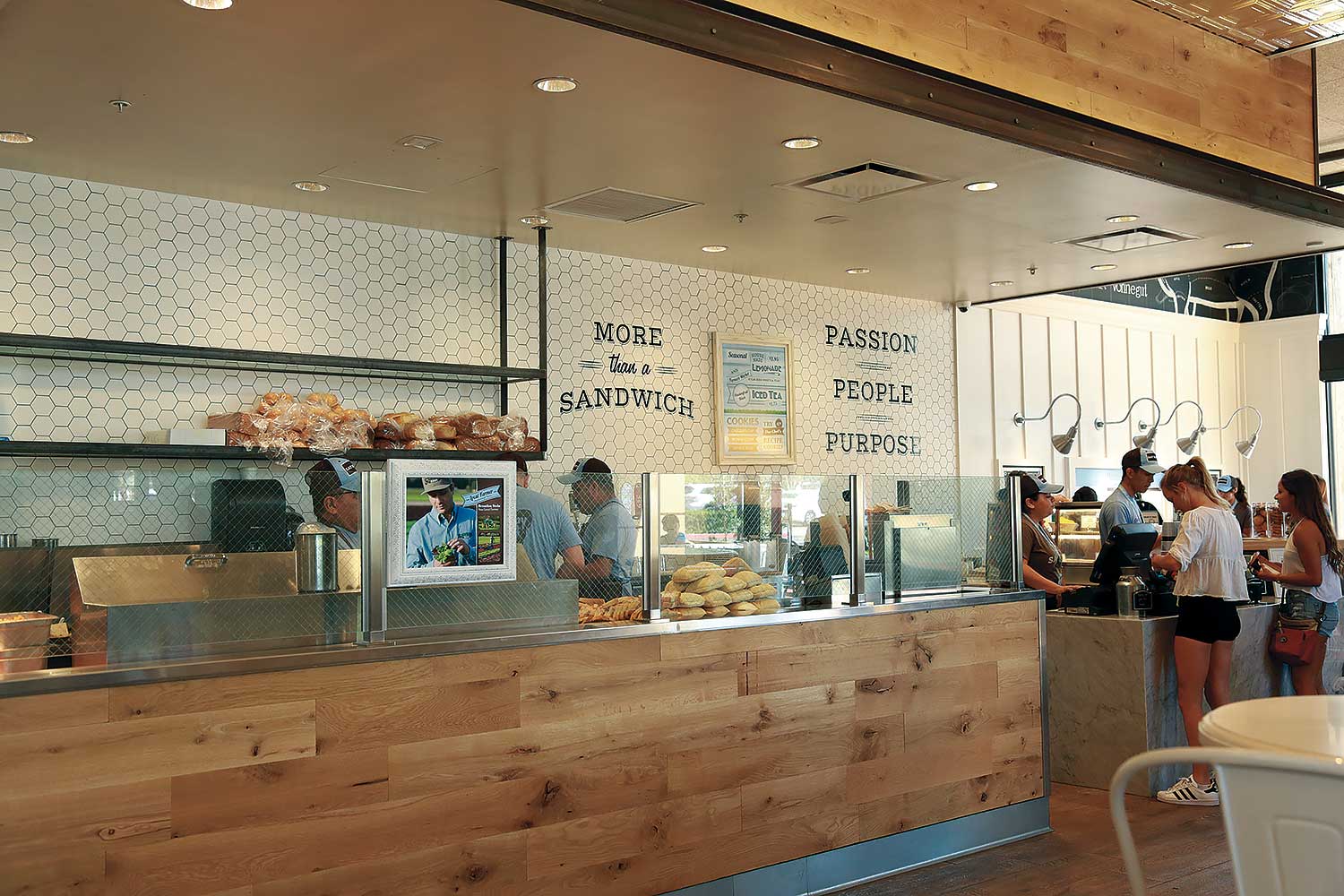 What defines a great sandwich? That is the question Mendocino Farms co-founders Mario del Pero and Ellen Chen have worked to answer every day since launching their popular fast-casual venue in 2005.

The restaurant began in an obscure downtown Los Angeles site that Starbucks had vacated. “It was a C-minus location on an A-plus block,” del Pero describes. The concept, which offers ingredient-specific sandwiches, salads and “Chef’s Favorites,” has since spread to 10 more locations throughout Los Angeles and Orange counties, with additional sites on the way.

The origin of Mendocino Farms was the family’s Sunday suppers, del Pero explains, where every relative within drivable distance would descend on the house and go home with containers full of leftovers. One night’s dinner, he observed, made an even better meal the next day tucked between two great slices of bread. “I wondered why people weren’t taking entrees and reconstructing them on the sandwich level,” he says.

Now, drawing from menu-listed local farms and artisan producers, he has brought the dinner table to the sandwich counter. Del Pero, who comes from a long line of meat purveyors, is not only defining the sandwich, he is reimagining the deli of the twenty-first century.

That objective comes complete with bespoke smoked meats that his team has created from scratch at a smoke house in El Segundo. The facility resulted from a research trip to Brooklyn, where del Pero was completely seduced by the pastrami at Mile End Deli, a Montreal-style smoked meat purveyor.

“I told the chef it was the best I’d ever had. The chef said, ‘we’re hardwood-smoking this meat. The product you’re used to having is steamed with liquid smoke.’ I felt like a kid who’d just been told Santa Claus doesn’t exist,” Del Pero bemoans.

He rushed back to Los Angeles, anxious to find a supplier of a similar product for his shops. When his search came up short, he invested in the talent and the facilities to produce his own.

That effort began with “The Pastrami Project” at Mendocino Farms’ West Hollywood store in 2014, but ran into obstacles. “A lot of people are used to the processed flavor,” he admits. The cost was also prohibitive: “I would have had to charge $18 to $19 for a sandwich,” which he suggests was too steep.

Undeterred, del Pero’s team has perfected smoking techniques for other meats, such as chicken and sausage, which will appear as quarterly promotional items at Mendocino Farms, del Pero says.

“We take the classics and modernize them,” he adds, noting, “We try to be respectful to authenticity but not held to it.”

One example of that is the company’s best-selling riff on a Vietnamese bánh mì, a layered concoction of meats and pickled vegetables traditionally served on a freshly baked French-style baguette. Mendocino Farms’ original offering featured braised pork belly and pickled vegetables on a crunchy ciabatta roll and sold so well that the restaurants created two variations. “The high acidity of the pickled vegetables gives you a lot of freedom to use different proteins,” del Pero muses. Here follows the “Mendo-fied” version with spicy lemongrass-marinated steak. 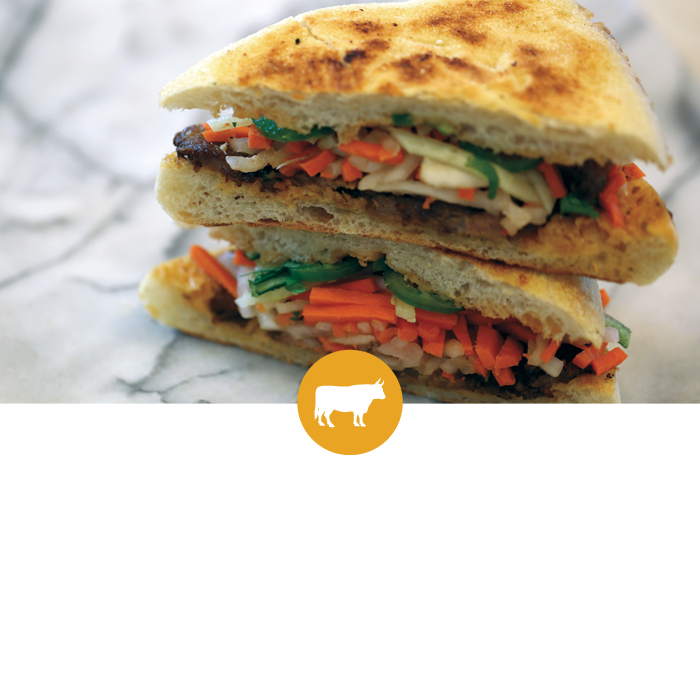