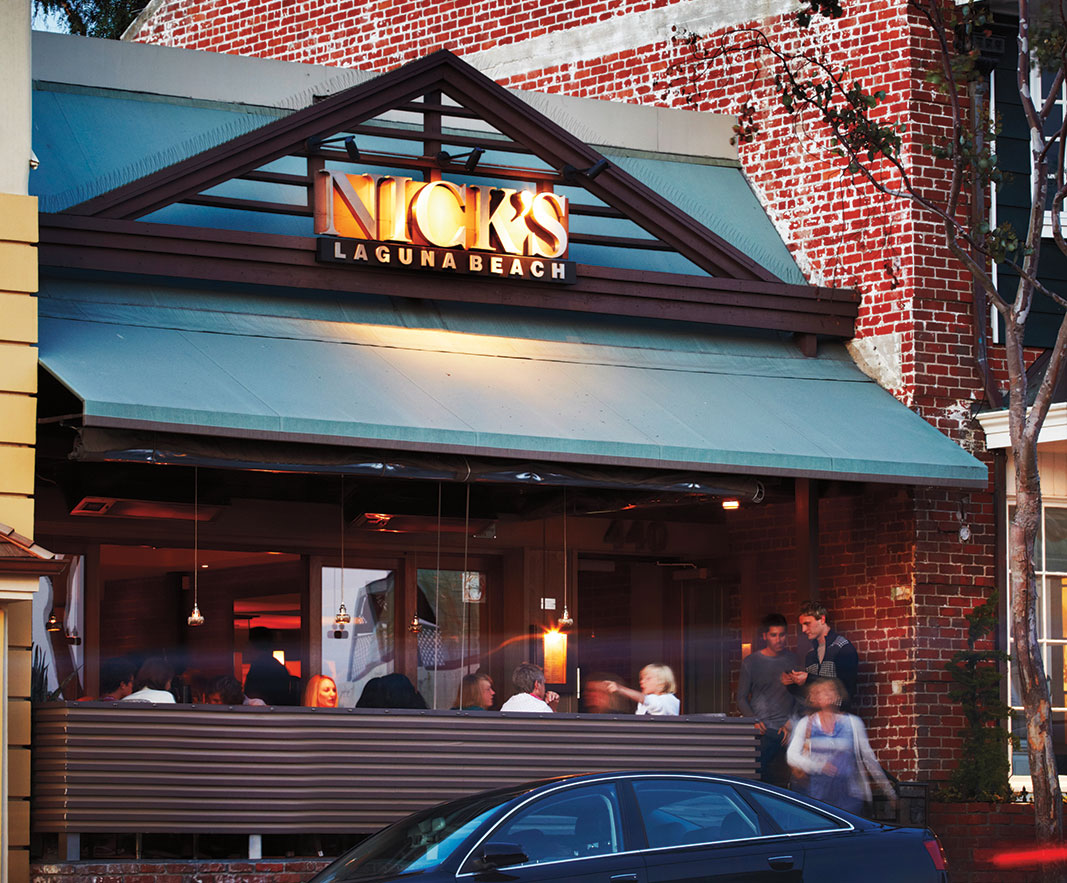 California’s beach cities are popular destinations worldwide for their weather and their relaxed lifestyle. Since 2008, several of those cities have also been a draw for Nick’s Restaurants.

Nick’s owner Nick Nickoloff filled some big shoes that year when he became the fourth generation of restaurant proprietors in the Nickoloff family. His maiden effort was a prime piece of real estate along Pacific Coast Highway in downtown Laguna Beach.

As obvious as the restaurant moniker may seem, the name echoes his grandfather Carl Nickoloff’s Long Beach coffee shop, Nik’s. Nick’s concept differs from its predecessors in many aspects, but the company’s goal to deliver crave-worthy food and engaging, professional service is a family tradition.

The Laguna Beach site, which has operated at capacity since opening, has fostered three offshoots—in San Clemente, Long Beach and Manhattan Beach—as well as Mexican-themed South of Nick’s in San Clemente.

“South of Nick’s takes me back to my childhood,” Gonzalez says. According to the Michoacan, Mexico, native, “in my house, the whole day, my mom was in the kitchen cooking for us.”

Gonzalez appears to be following in his mother’s footsteps. Given his broader assignment these days, he, too, spends the entire time in one of his five kitchens. The restaurants follow a disciplined path with tightly edited, one-page menus, so his task with training and managing his cooks is one of quality, not quantity, he suggests.

“We put a lot of time into every item with many weeks of tasting,” Gonzalez explains, adding, “We’re still casual but we want the best quality of food and presentation.”

The other challenge for the chef is that each location alters the menu slightly to cater to its neighborhood. As the sites have expanded from beach resort towns to residential coastal communities, “we aren’t fine dining but we want to compete with other restaurants,” Gonzalez suggests. Additions to the Los Angeles-adjacent Manhattan Beach menu such as the 16-ounce bone-in ribeye steak with a red wine butter sauce serve that purpose, he says.

A core group of sandwiches, salads, appetizers and entrées carries through each of the Nick’s menus, along with a daily-rotating soup menu, which has been on offer since the early days, as have the often-copied, signature fried asparagus spears. The culinary team has been known, however, to tweak recipes and presentations as tastes and trends change. The Filet Mignon Chili featured here is one such item that has adapted to customer tastes, Gonzalez says.

The recipe “is a combination of where I come from and California style. You put something out there and get feedback from guests, who will love it or hate it. I like to see responses from guests,” the soft-spoken Gonzalez enthuses.

“In the 1990s, people were afraid (of chiles). Now, they even like spicy drinks, like our spicy jalapeño margarita,” the chef explains, noting, “I like spicy but tasty.”

To tame the spices in the Filet Mignon Chili, Gonzalez pairs it with a skillet-baked corn bread. You’ll be glad you have a recipe for two per person; it disappears quickly. 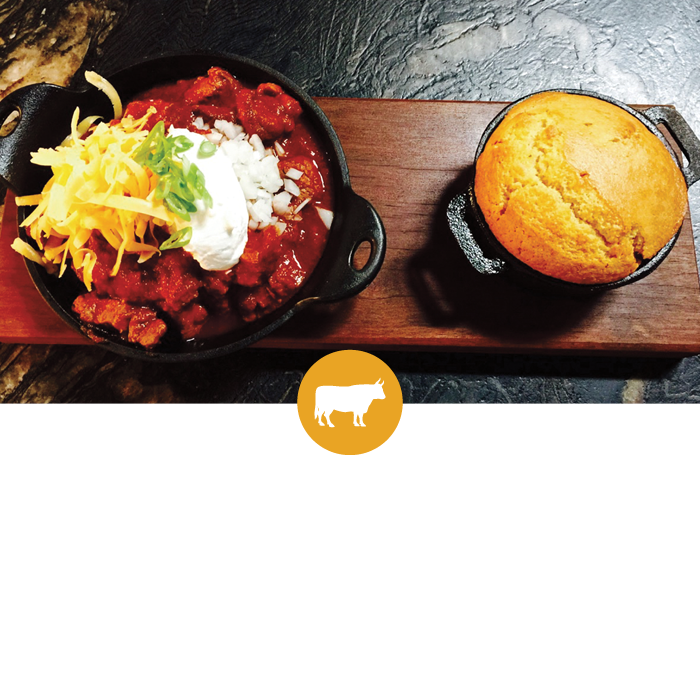 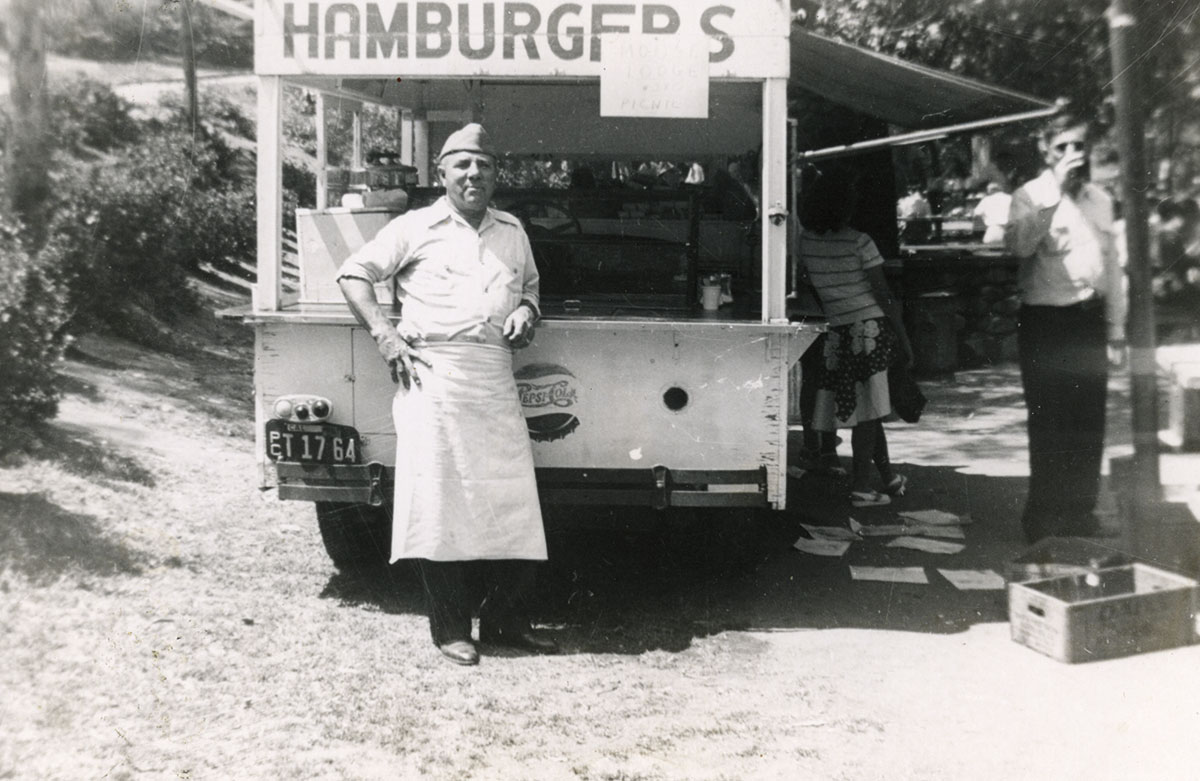