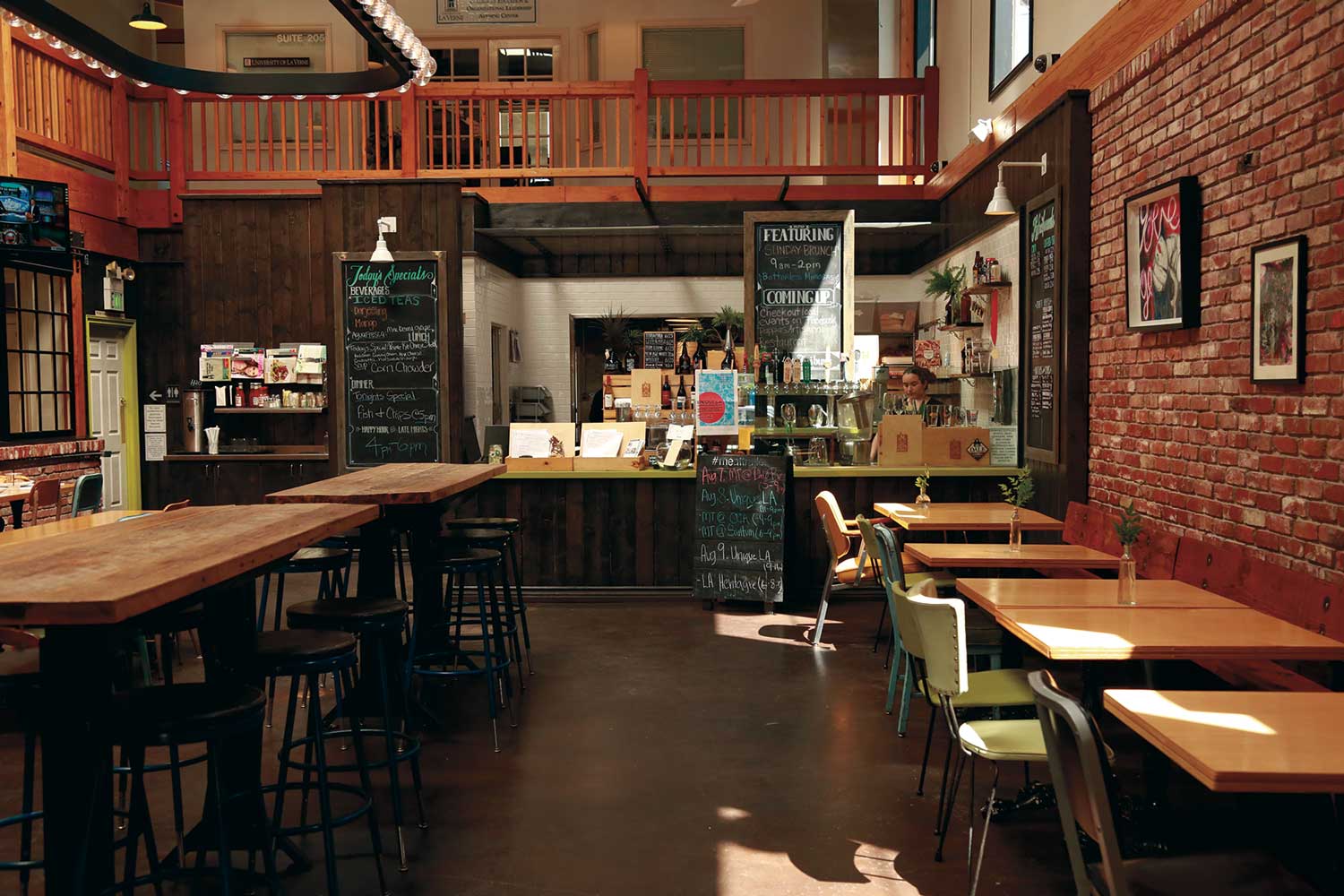 Once the center of California’s citrus industry, La Verne today is a quiet bedroom community nestled between the foothills of the San Gabriel mountains and the Los Angeles County fairgrounds, about thirty minutes from Los Angeles.

The town is a throwback to simpler times and its main thoroughfare, D Street, no doubt appears on location scouts’ lists for rural settings. The residential mix of young families, retirees, college students and faculty from private University of La Verne and nearby state school, California Polytechnic Institute-Pomona, support a number of restaurants and small businesses around the town center.

Since 2013, the locale has been home to Pappas Artisanal, a counter-service gastropub created by two “Pappas:” chef Travis Flood and businessman Matt Fong. The duo originally planned to offer specialties from Flood’s wood-fired rotisserie by day and business seminars by night, led by Fong, to train the community’s entry-level workforce.

“We thought we would sell rotisserie chicken and two sides for $16. It didn’t sell,” Flood explains. Competition from lower-priced grocery store chickens compelled the duo to regroup. The concept has since grown into a broader menu serving breakfast, lunch and dinner. The business classes have expanded to collaborations with local foster homes, Fong says.

Not only has the menu grown, but also the team’s catering and events business, with Flood operating a series of mobile pop-up restaurants out of a 40-foot trailer and 25 feet of grill space. On the mornings of larger catering functions, the restaurant dining room doubles as a staging area. “We’re looking to branch out,” Flood says.

Long hours and hard work have been part of Flood’s day since he was in high school, he reckons. “It’s what your dad teaches you: go to work, get a job,” he says. For his first job at a diner in San Diego, “I was washing dishes, taking out trash, dancing as a french fry on the side of the road,” he recalls. His only regret is that no one ever took a picture of him as that french fry.

After high school, Flood relocated to San Francisco, where he attended the California Culinary Academy and worked with several chefs who would influence his style, including Mitchell and Steven Rosenthal at Postrio; and Laurent Gras at Fifth Floor. But the job at Fifth Floor didn’t come easily.

“I thought I was a good cook. It was the first place I applied, to stage,” Flood says, using the French term for a training internship. “I had an orange hat on backwards and baggy pants. The sous-chef took me aside,” he says, cringing, recalling his dismissal.

But he got a second chance several months later. “I kick-boxed back then. One of the guys working out said, ‘I work at Fifth Floor, they’re hiring cooks.’ I didn’t even finish class, I left and called the chef. He answered.” Flood got the job. “I cut vegetables and put produce away for one year. I made sauces for another year. Then I moved up to the line for another year. When you work with good people and find someone you respect for his work ethic, you stay longer,” he muses.

With the side businesses growing, the restaurant accounts for about half of revenues, Flood estimates. The counter-service, sandwich-heavy menu brought in steady traffic for lunch but not as much for dinner, so “we knew we had to go full-service. We introduced pastas, bigger sandwiches and bigger burgers,” he says. Sales of the rotisserie chicken have also taken off.

Another contributor to dinner business is a list of weekly specials that includes Friday night fried chicken, which Flood has outlined here. The chicken usually sells out, he says. He changes the side dishes to suit what’s fresh at the market but the brined-and-fried chicken remains the same. 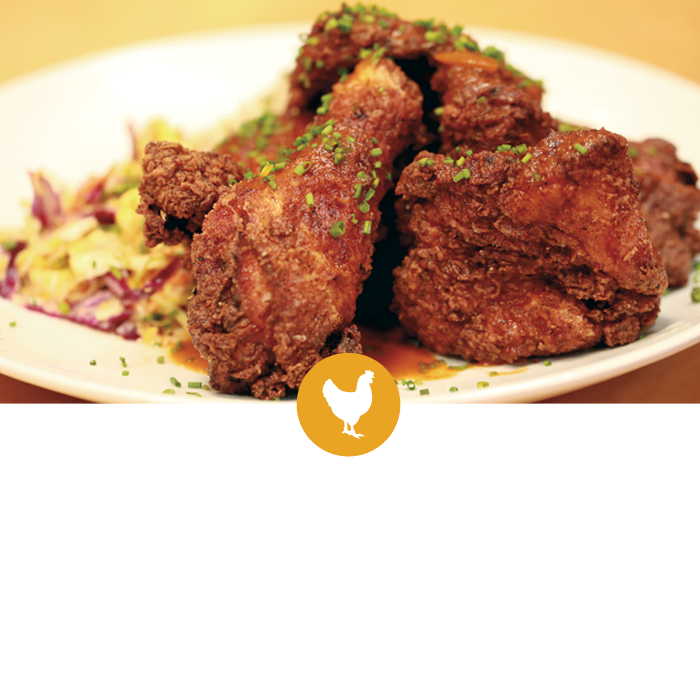