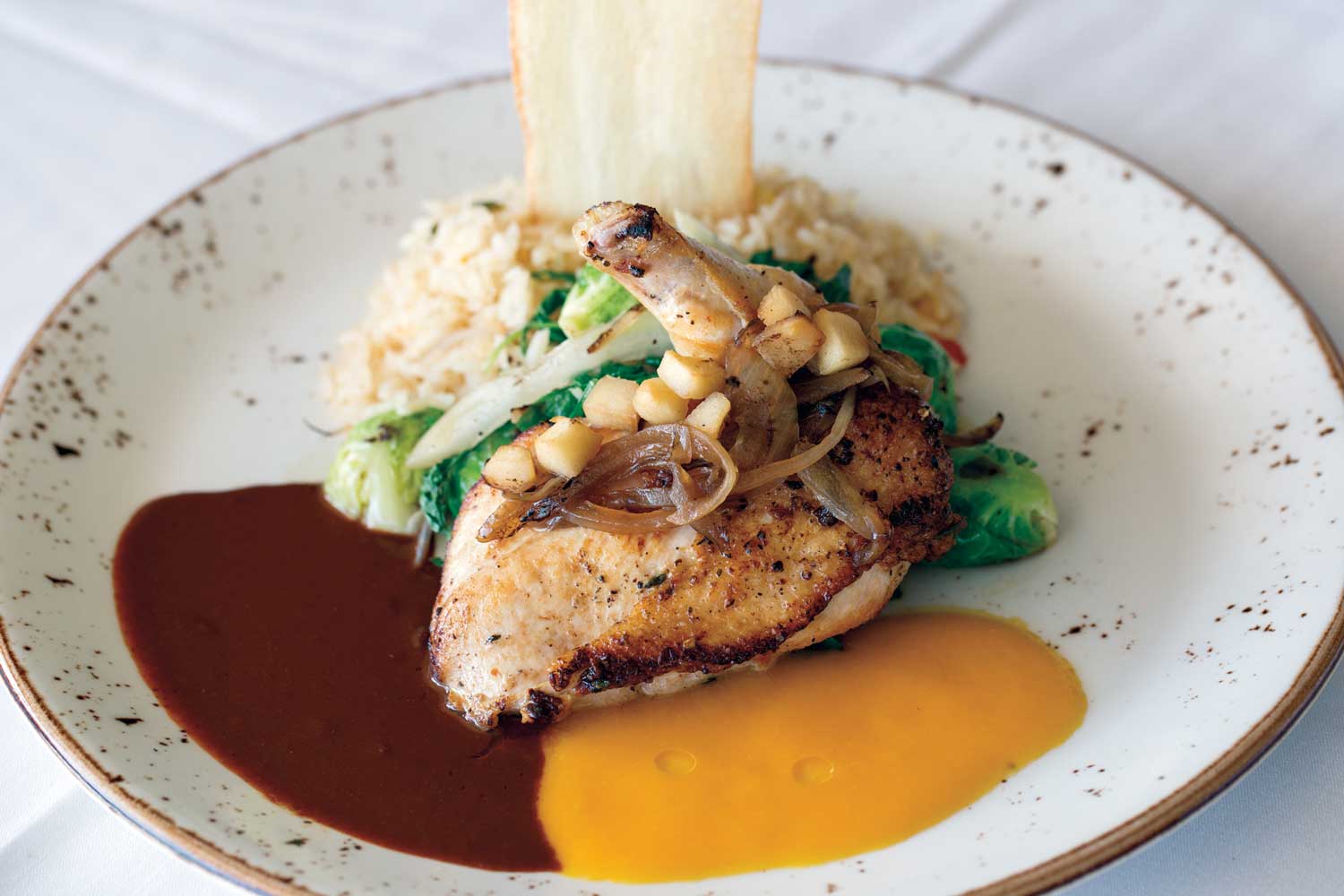 There was a time when pork was the most frequent item at the center of America’s dinner plate. Today, that designation goes to poultry.

But a century ago, poultry, most notably chicken, was a rare luxury, and was likely the old hen that reached retirement age. Many Americans kept a chicken coop in the backyard, but that was to produce eggs, not meat. The occasional Sunday chicken dinner required a hectic chase around the coop, followed by laborious feather plucking and pinning. Those meals were a far cry from today’s rotisserie pick-up at the grocery store.

Chicken’s star began to rise in the early 1920s, according to the National Chicken Council, when farmers on the East Coast hatched the broiler, a chicken raised for its meat rather than its eggs. The bird gained in popularity and, by the end of that decade, launched the modern broiler industry.

At that time, federal chicken inspections were voluntary. Three decades later, in 1959, those inspections became mandatory and remain so today. Inspections look for skin quality, overall shape of the bird, condition of the joints and bones, and fat quantity, among other criteria. Skin color, by the way, relates to what the chicken ate and does not indicate better or poorer quality.

Grading, a separate function of the USDA, remains voluntary; the only grade grocery shoppers are likely to see is Grade A. The two other grades, B and C, are not generally used for human consumption.

Chicken really began flying off store shelves in the 1980s, when grocery shoppers switched from buying whole birds to purchasing individual pieces. In 1992, chicken took the lead as America’s most consumed protein and has remained there since.

As sales trends have changed, poultry farming has adapted. When the broiler industry started in the late 1920s, the amount of time needed for a chick to grow into a market-weight bird (just over three pounds) was reportedly 120 days, using nearly five pounds of feed per live weight to reach that goal. Today, the same growth takes place in 30 days on less than half the feed.

The USDA recognizes five classes of poultry, differing from each other by weight, age and sex: broiler-fryer, roaster, capon, fryer-roaster turkey and Cornish game hen.

So many of our holiday traditions revolve around former farm cycles: spring lamb at Easter, ham for Christmas and, of course, Thanksgiving turkey. Turkey poults, or chicks, hatched in the spring, were ready for the holiday table by November.

The last three months of the year still tally the largest share of turkey eaten in the U.S., when 30 percent of the country’s 240 millions turkeys meet the fork and knife. But increasingly, Americans tuck in to turkey year-round, the National Turkey Federation reports, eating an annual average of 16 pounds per person.

The states that produce the most turkey are North Carolina, Minnesota and Arkansas.

As the only animal to receive a presidential pardon, the turkey holds a special fascination for Americans, dating back to Benjamin Franklin, who, in a letter to his daughter, suggested the turkey trumped the bald eagle as our national symbol. The turkey, he argued, was an indigenous bird.

Heritage turkey breeders might second that notion. In the past 20 years, regional turkey farmers have worked to restore traditional breeds of turkey, such as the Bourbon Red and the Black Spanish. These are the ancestors of the Broad-breasted White turkey, which makes up the majority of turkeys sold at the supermarket.

We work with two California heritage turkey breeders, Diestel Turkey Ranch in Sonora and Pitman Family Farms, sold as Mary’s Turkey, in the San Joaquin Valley. They produce turkeys with outstanding flavor and texture that roast just as easily as the mass-market brands.

The USDA differentiates between the male, or tom, turkey and the female, the hen. Even though the bird is often referred to as “Tom Turkey,” most grocery stores sell hens. Turkeys sell by their weight, anywhere from eight pounds to 24 pounds. Toms start at 16 pounds; hens can be as small as eight pounds.

Foie gras lovers rejoiced in California in 2015 when the state reversed its ban on the gourmet liver. Made from duck liver or, traditionally, goose liver, foie gras and the ducks associated with it had been off the table for Californians since 2012, even though some rebellious chefs disguised the delicacy on the menu and continued to serve it.

The foie gras ban gave ducks and geese a high profile in the media, perhaps unusually so, because Americans eat only about one third of a pound of duck annually per capita, even less foie gras and much less goose. Too bad, because these succulent birds, cooked properly, create a delicious diversion from chicken and turkey.

The Pekin duck, which was the first breed introduced to America, is the most common duck breed in the country. In California, duck lovers are more likely to find the Muscovy breed, a leaner but tasty bird. When the two breeds are crossed, they create a sterile species named a mulard, or moulard, which is preferred for foie gras.

Like chickens and turkeys, ducks and geese receive three voluntary grades from the USDA: A, B and C. The A grade is likely the only one a shopper will see at the market.

Ducks fall into three categories: broiler/fryer, under eight weeks old with a weight between three and six pounds; roaster, up to 16 weeks old, weighing between four and eight pounds; and mature ducks, six months or older, which, if not used for breeding, are used for processed foods. Both the drake (male) and the hen (female) fit these categories.

Geese divide between young goose and gosling, with the gosling weighing in around 8 pounds and the young goose hitting 12 to 14 pounds. Mature geese are reserved for processed products. Although linguistically the male goose is a gander, according to the USDA, either sex conforms to the three classes of goose.

Guinea fowl, pheasant, squab (or pigeon) and quail make up the game bird category, traditionally hunted but more likely farm-raised today for the foodservice industry. The smallest of these is the quail, which weighs from three to seven ounces. The largest is the pheasant, which can weigh up to four pounds. All the game birds have white and dark meat, although pheasant legs are rarely served because of their tough tendons.

Like chickens, most game birds can be roasted or braised. Quail, which can be purchased semi-boneless, with only the wings and leg bones remaining, make a nice option for the grill. 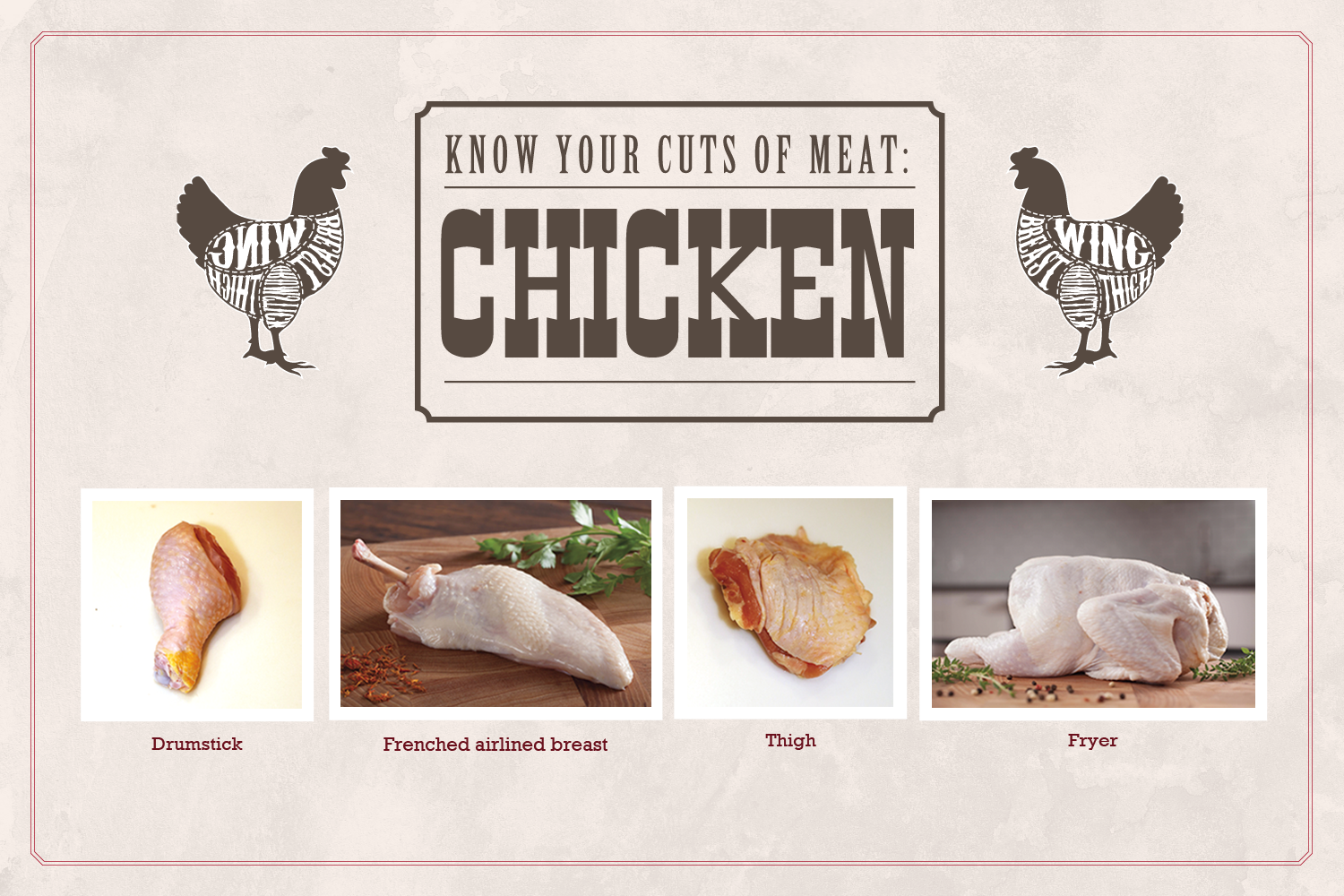