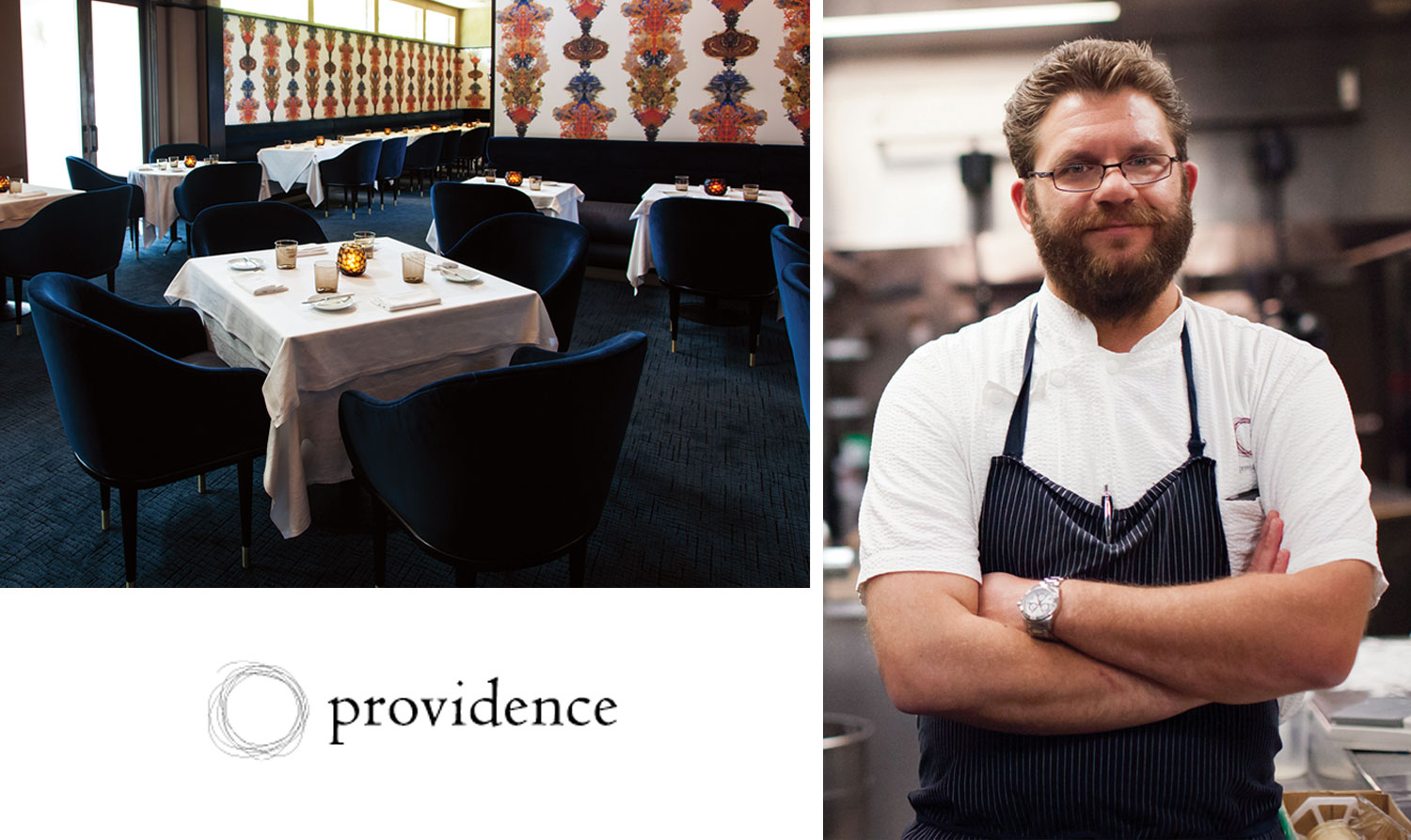 Ask a restaurant-savvy critic where the best seafood restaurant is in the country and chances are likely that person will name Providence in Los Angeles.

Opened in 2005 by chef Michael Cimarusti, his wife and pastry chef Cristina Echiverri and maître d’ to the stars Donato Poto, Providence has improved with age, ranked by esteemed food critic Jonathan Gold as the best restaurant in Los Angeles every year since 2013.

As the three partners refine their stylish destination for discerning food lovers, they continue to innovate their approach to impeccable, sustainable seafood. In 2015, Cimarusti became the first west coast chef to participate in Dock to Dish, a program that connects chefs to local commercial fisherman and takes Providence that much closer to the marine resource.

So why is Providence in a meat book? Because chef Cimarusti is as talented with a porterhouse as he is with a periwinkle. “It just takes time to get mastery over any type of ingredient,” he suggests.

His rise to the top of the seafood chain came after many years of hard work in kitchens that had less to do with ocean-based menus than farm-centric ones. Perhaps the most rigorous of those was Le Cirque in New York, where he started as the grill man and worked for eighteen months on the meat station before moving on to other positions.

“That’s where I learned how to be a rotisseur,” he explains, using the French term for a roast chef. “We had all sorts of different specials, suckling pig, baby lamb. We did prime rib once a week. The Saturday special would be racks of veal. If a guest wanted roast duck for two, I made it,” he states.

Cimarusti would move on to stage in Paris at Arpège, embellishing his seafood credentials while his wife interned at macaron-centric Fauchon. When the couple returned stateside, restaurants on the West Coast called and they made their move, starting a family and establishing a working partnership with Poto when he and Cimarusti worked together at Water Grill in Los Angeles. The trio eventually created Providence.

Diners at the restaurant today choose between three prix-fixe menus. A popular add-on is A5 Wagyu, the highest grade of the densely fat-marbled Japanese cattle. “It’s one of my favorite ingredients,” Cimarusti claims. “It’s also great raw, as sashimi or tartar. One guest likes us to do sliders: we chop it by hand for two-ounce burgers with seared foie gras and truffle cheese,” he reports.

A frequent traveler to Japan—and a champion on the hit Japanese television show, Iron Chef—Cimarusti discovered the roasting technique presented here while dining at Quintessence in Tokyo, he says. “It was a pork roast presented to the table. It was the best pork roast I had ever had,” he recalls of the dinner. When he learned the roast had resulted from “short periods of roasting and resting, back and forth,” Cimarusti came home and adapted the method to other meats and to seafood.

“I don’t like cooking meats sous vide. Meat needs more care, a lot more attention than throwing it in a bag,” he asserts. “Cooking is about fire. People think you can’t cook things delicately over fire, but that’s not true. At Providence, we use an amazing charcoal from Japan. But you can use charcoal briquettes. It’s about being patient,” he says.

“The difficulty with meat is time and temperature. The time-honored way to cook meat is to cook it to the proper temperature and then let it rest,” he says, adding, “Home cooks need that, too, you can’t take the resting step for granted. It ruins everything.”

To prove Cimarusti’s theory, try this recipe for a standing rib roast and dazzle your family at the next holiday meal. 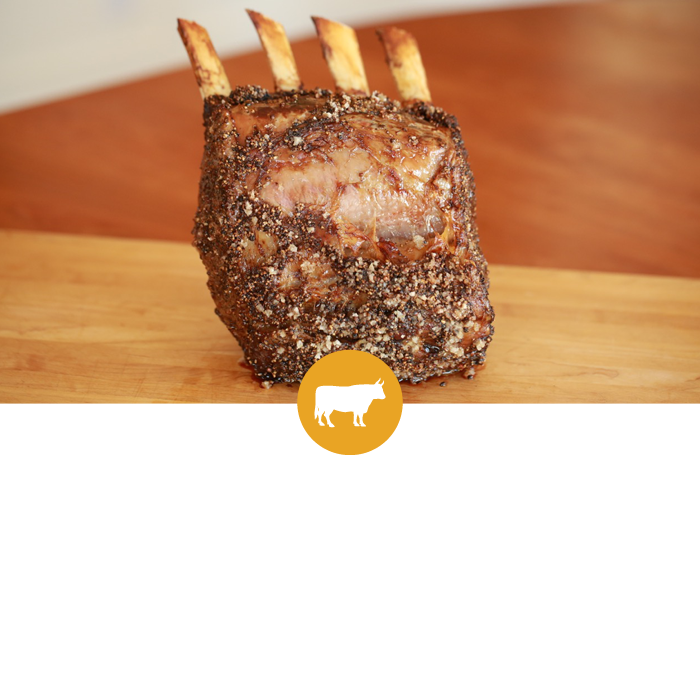