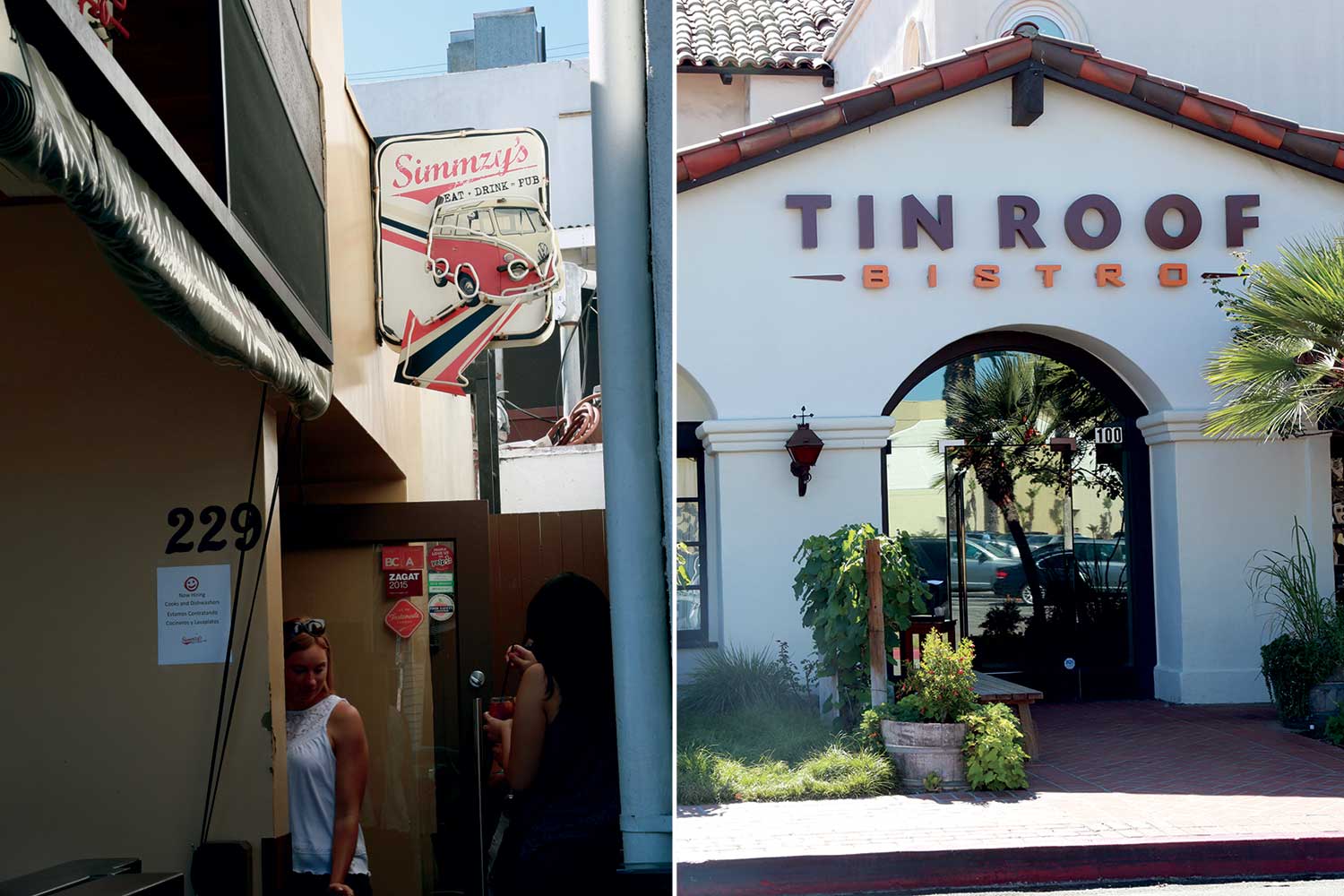 There are several restaurant families in Southern California who have defied business statistics and thrived for decades, shaping the casual restaurant business along the way. Third generation restaurateur Mike Simms represents one of them.

Simms could have towed the family line, carving out a career at his father’s multi-unit Mimi’s Café chain. During his high school years, in fact, he worked for the company and opened several restaurants with his dad, Tom Simms.

Instead, Mike Simms took the road less traveled, graduating from the hospitality program at Cornell University in New York, relocating to Northern California and landing as general manager of the award-winning Tra Vigne restaurant in the Napa Valley.

“I wanted to make sure I could do it on my own before I went back to the family,” Simms explains, adding that in Northern California, “No one knew who I was. I was young and green. It was a great experience.”

Two years later, Simms found himself yearning for home. The time had come to head South and branch out on his own.

The timing in 2009 proved auspicious: the previous year’s economic collapse had sidelined many restaurant openings and real estate opportunities were plentiful, he recalls. One popped up near his Manhattan Beach-based dentist, which Simms spotted after a routine check-up. Soon, he was in escrow on the Mission-style building that would eventually be Tin Roof Bistro.

Excited by the prospect of his first restaurant, Simms hired an Executive Chef and began planning the menu…only to hit a brick wall, literally and figuratively, with the city of Manhattan Beach. Permitting issues set his construction plans on hold indefinitely.

So the resourceful Simms told his crew, “let’s find the smallest place in town and buy it.” He soon found a location that was blessed with a clean permit and green-lit for construction. Burger-centric Simmzy’s was up and running several months later.

Of course, Simms no sooner opened Simmzy’s than the city approved his permit on Tin Roof Bistro. Four months after that, he was operating two concepts.

The pace of expansion has not slowed down since. By 2016, Simms plans to have nine restaurants under his belt, seven of which are open and flourishing. Although Tin Roof Bistro has not been reproduced, his fast-and-furious creation, Simmzy’s, has outposts in Long Beach, Burbank and Venice. Two more are in the works for Huntington Beach and San Clemente.

In addition, Simms has opened a string of chef-driven concepts in collaboration with David LeFevre, a culinarian he met through mutual friends while he worked in the Napa Valley. LeFevre, a Wisconsin native, eventually relocated to the Los Angeles area and when the time came for him to create his own place, Simms took him on as a partner. MB Post, or Manhattan Beach Post, a compact small-plates specialist, opened in 2011, followed by Fishing With Dynamite, a concept that lets LeFevre riff on seafood themes.

Their newest partnership is The Arthur J, a steak house that pays tribute to Simms’ grandfather and mentor, Arthur J. Simms. “My grandfather had a small chain of coffee shops. His motto was SERVE THE MASSES, EAT WITH THE CLASSES. He loved to dine out at fine-dining restaurants,” Simms explains, adding, “The Arthur J would be his kind of place.”

“The first four years I managed restaurants, I didn’t apply a single thing from Cornell,” Simms admits, saying, “I was learning how to motivate people, how to hold them accountable. I’m still working on that. Once I learned that part, the Cornell education gave me a leg up,” he says, in areas of finance, design and accounting. As he found out, “the learning curve on that was very short.” 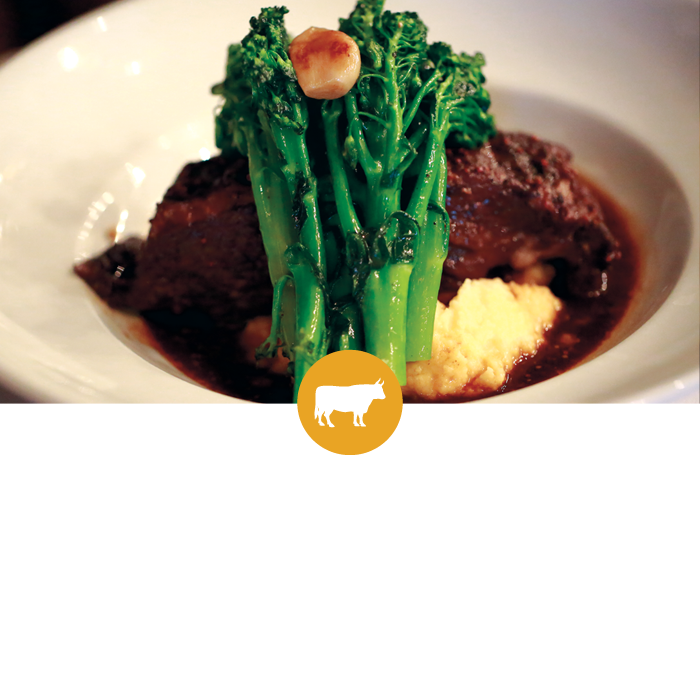 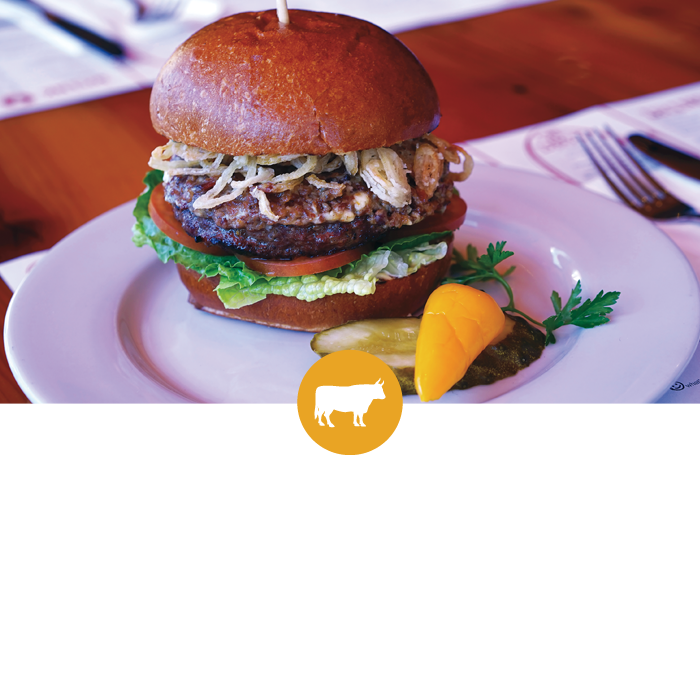 Good things take time. No doubt, that’s what Simms Restaurant Group founder Mike Simms told himself in 2008 while the red tape in Manhattan Beach tied up his plans to open Tin Roof Bistro...