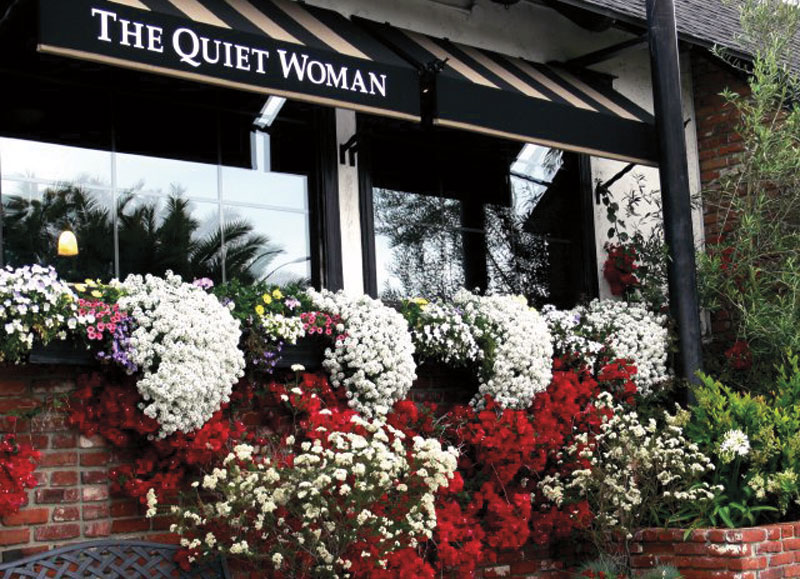 Rare is the man who passes by the Quiet Woman in Corona del Mar, Calif., without chuckling. The logo for the restaurant since it opened in 1965 has been a caricature of St. Judith, the religious martyr who lost her head.

The woman in charge of the Quiet Woman, Lynne Anthony Campbell, is anything but silent. She is also far from boastful, even though she has operated one of the most popular restaurants in the area since 1989. Asked about the restaurant’s top-ten ranking on Open Table’s 2015 Diner’s Favorites, she says, “I really need to remember to put that up on the site before I forget and it ends up in the awards drawer.”

Campbell has her business head firmly secured on her shoulders, running one of the most iconic and consistent places to enjoy dinner and live music in Orange County. She credits her staff for the Quiet Woman’s success. “We understand hospitality and take real pleasure in giving great service and making memories. The staff are all eminently qualified and utterly professional but warm, friendly and caring at the same time.”

With the restaurant busier than ever, Campbell’s focus rests squarely on food and service. She states proudly that she has only had to hire one server and three kitchen workers—mostly dishwashers--in the past three years, a remarkable achievement in an industry with a reported turnover rate above 60 percent for hourly workers.

Her loyal staff may be surpassed only by devoted customers, which can make it difficult to update the menu. “I’m very careful about changing the menu. Many people wave away the menu because they know what they want before they come in.” Campbell can relate to that, having been a customer before she became the third owner of the Quiet Woman “It’s embarrassing to admit, but on the day I closed escrow, the only item I had ever eaten was the rack of lamb,” she says.

Nearly 30 years later, the lamb rack remains a top seller. Other favorites include the Baseball™ Steak, the center-loin thick cut swordfish and the restaurant’s signature salad, presented lazy-susan style for guests to garnish as they please.

To make her chicken piccata, Campbell recommends using Mary’s free-range, boned half chickens. “Using boned chicken allows a beautiful presentation while ensuring that the breast meat remains moist and the dish is easy to eat,” she says. Be aware that the chicken will still contain the bones for the drumstick and the wing drumette.

"My philosophy about food is, it should be yummy,” she explains. “I just cook what I like. If the specials are well received, they stay on. If they’re not, I take them off.”

Her approach is refreshing for a business increasingly filled with massive egos and “celebrity” chefs. Campbell does not have any pretensions about her chosen line of work.

“I told both of my kids, you have to work in the restaurant business. You learn to be a diplomat, a psychologist, a sales person, a multitasker. You learn how to read people. You can apply those skills to anything else you do in life,”
she asserts.

Photos courtesy of The Quiet Woman 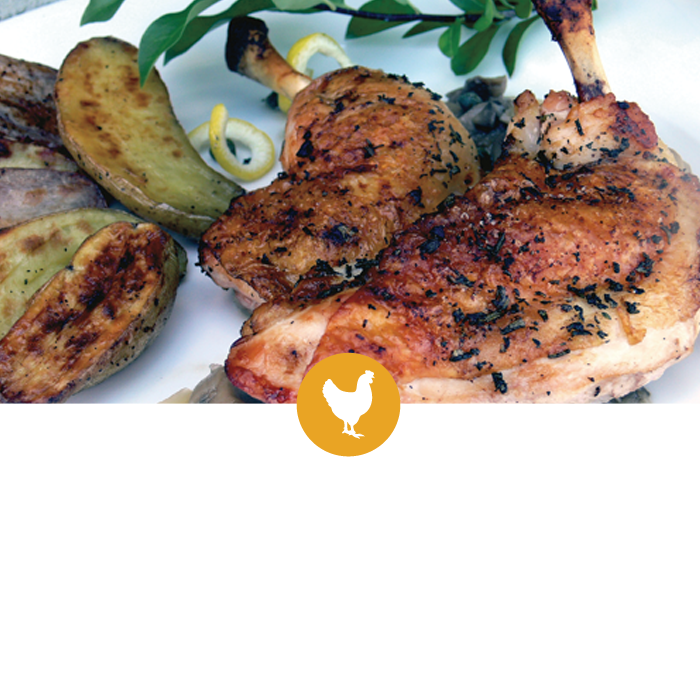