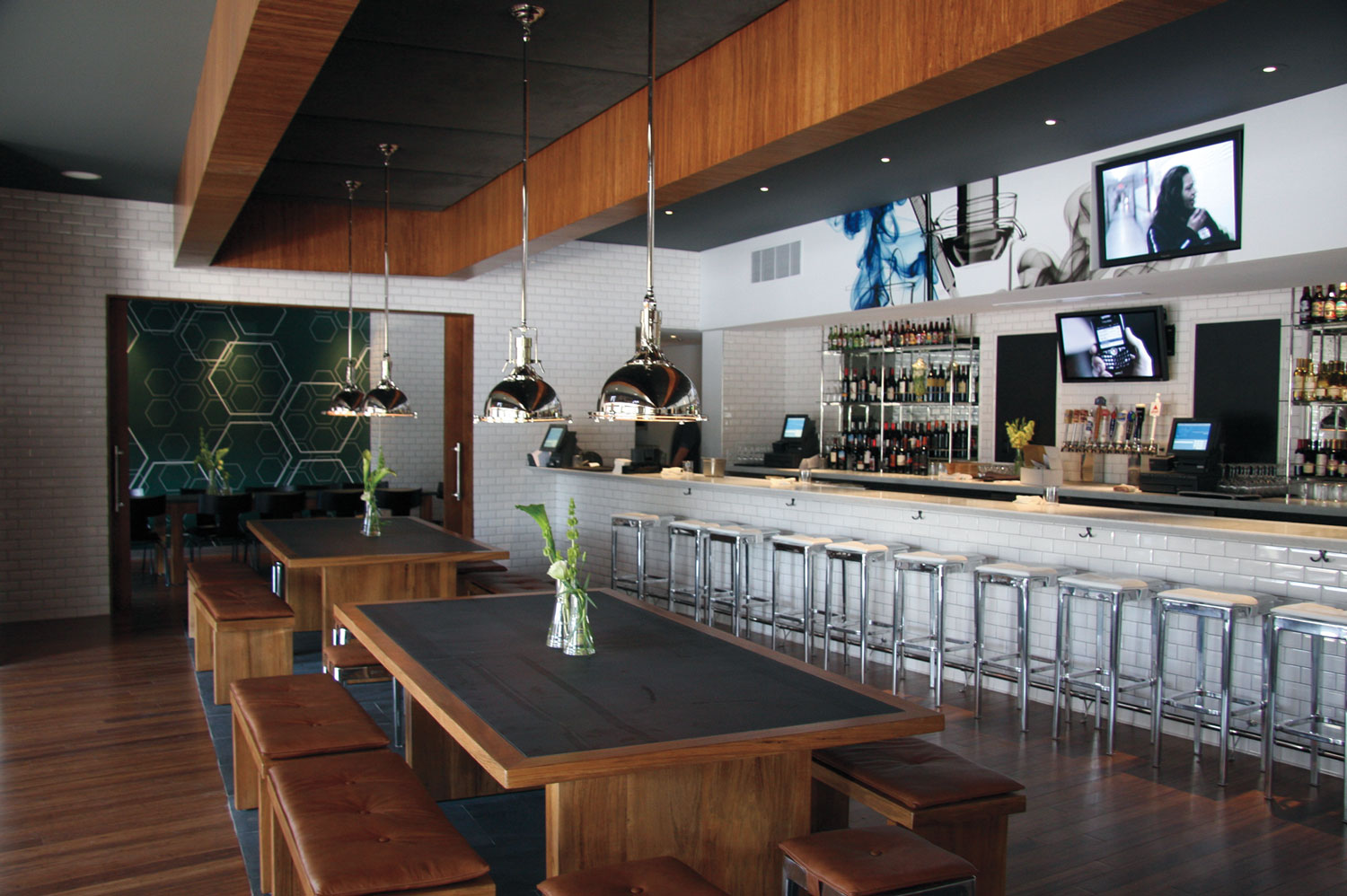 Once upon a time, school lunch service was the domain of white-capped, matronly hash slingers.

Today’s university chefs are likely to be as savvy and competitive as their independent restaurant peers. Eric Ernest, the former fine-dining chef who has headed University of Southern California Hospitality since 2012, knows this only too well.

Ernest and his team of up to 40 chefs turn out about 10,000 meals daily between students, faculty, the hospital, the hotel, the Coliseum and special events. So the pressure is on to produce and produce well. “The question is not how do we fit their needs? Instead of what do they want, it’s what do they not know exists that they can’t live without?” Ernest insists.

To meet that challenge, Ernest hires from across disciplines and ethnicities. “One chef loves charcuterie, another, barbecue. Some are vegan and have their own quirks, passions and cooking styles. It’s an intricate network of collaboration,” he explains.

The learning curve came fairly quickly for Ernest, who admits he knew little about university foodservice before applying for the position. But the Wisconsin native has always been passionate about cooking professionally, he says.

“I was a fish-fry cook in Wisconsin, for Friday night fish fries. I immediately fell in love with cooking. The coolest stuff was in the kitchen, all the best things, the fire, the passion,” he describes. “Like a lot of other chefs, I had the choice: go to rehab, go the army or go to culinary school. I went to culinary school,” he quips.

Then he went to San Francisco to work, eventually making his way to Los Angeles and Beverly Hills. His resume lists a number of top-tier restaurants including Jardiniere, Masa’s and AQUA in San Francisco. In the Los Angeles area, he added La Cachette, The Bazaar by José Andrés and Spago to his experience and was corporate chef for sbe, a multi-unit hotel and restaurant company. Then came the opening at USC.

“USC really offers top-notch hospitality. That, paired with the executive team and the leadership team, makes (the department) amazing, top to bottom,” he insists.

“We view roasting a carrot with the same attention as making foie gras. We apply modern technique to everything, across the board, to create the best USC experience,” he continues.

With 40 outlets and 40 different menus to fill daily, it’s essential to plan ahead, Ernest stresses. “Good enough isn’t good enough. Our department answers to every single person who walks on the campus,” he contends.

As Ernest’s contributions to our recipe collection attest, the culinary team at USC pushes the envelope, employing head-to-tail butchery, sous vide, rotisserie cooking and other tools of the modern kitchen. Located in a temperate climate, the chefs tap into the year-round supply of farm-fresh produce, he says.

The chefs also operate on every level from haute cuisine to hot dogs. “That’s Los Angeles. One day, you’re at a fine-dining restaurant, the next day, you’re at a hole-in-the-wall,” Ernest states. In the case of his porchetta di testa, an Italian-style pork roll, Ernest worked it into an upscale bruschetta canape, paired with baby arugula and Parmesan shavings; and a down-and-dirty fusion Cubano sandwich. His foie gras torchon demonstrates the fine-dining bent of some USC Hospitality events.

This preparation help Ernest teach butchering skills to his staff, many of whom previously only worked with prepared meat cuts, he says. 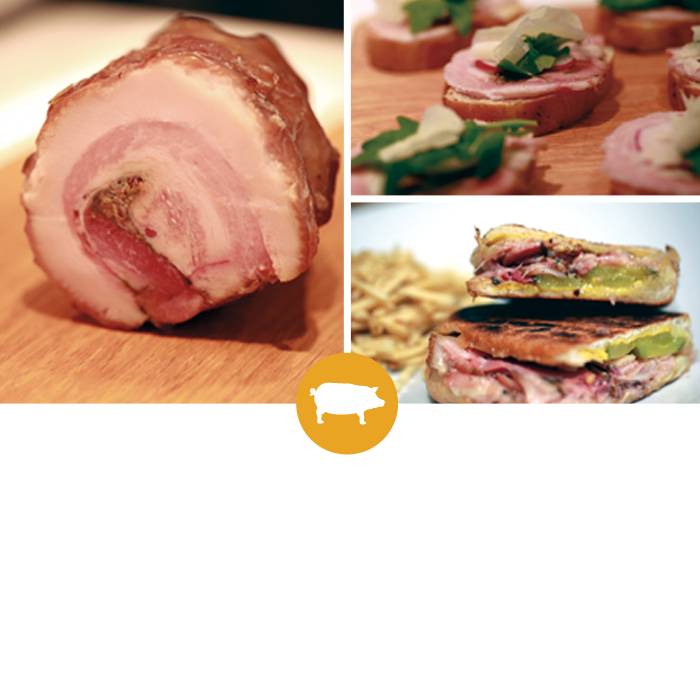 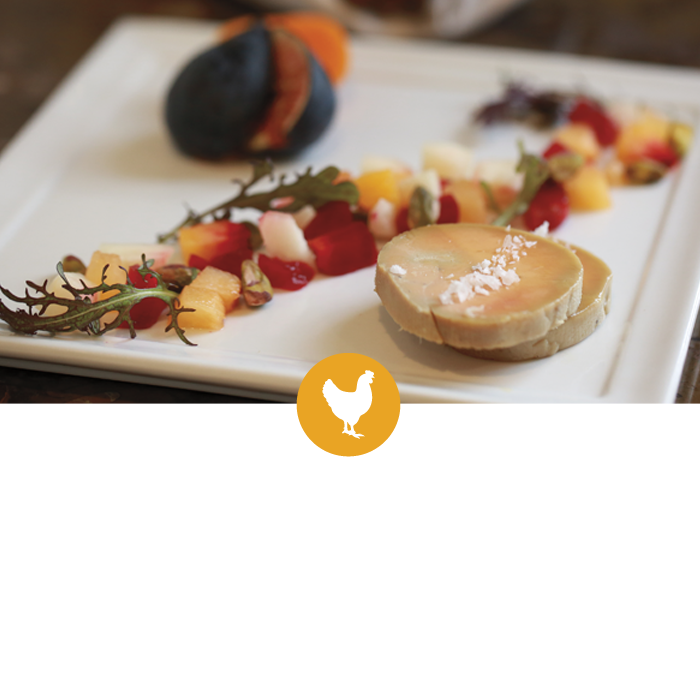