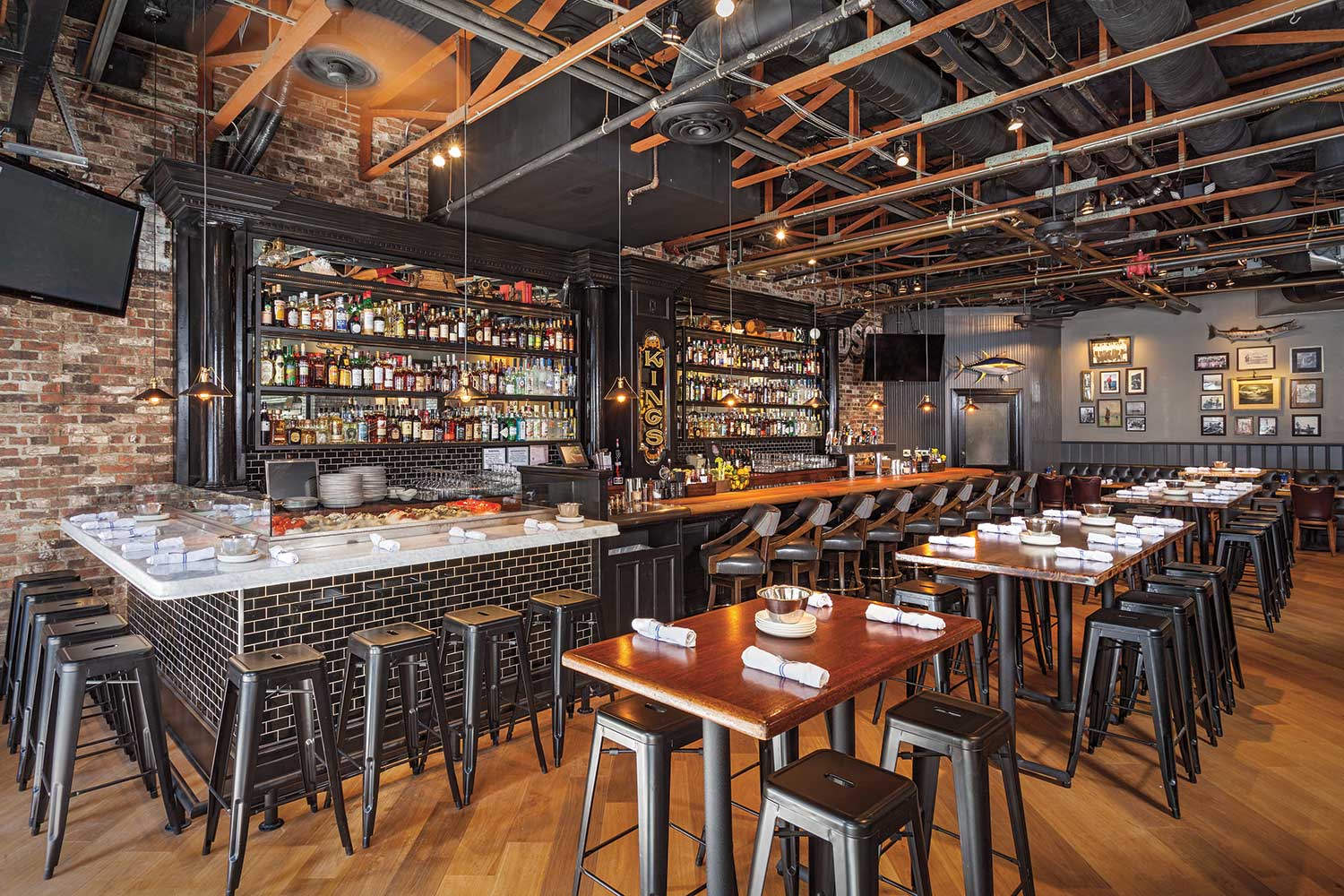 The restaurant brand that changed the entire direction of a multi-unit restaurant company began with King’s Fish House on Pine Avenue in Long Beach in 1996.

Dubbed THE HOUSE THAT SEAFOOD BUILT, King’s Fish House opened as the anchor of Pine Avenue’s business improvement district, operated by what was then known as University Restaurant Group. The bifurcated concept offered a honky tonk King Crab Lounge on one side and a clubby, leather-boothed dining room on the other. King’s Fish House was such a hit, it drove other businesses to set up shop and restore Pine Avenue to prosperity.

The restaurant quickly branched out—today there are 11 locations in three states—and caused cousins Sam King and Jeff King to reconsider their mission. In 1998, the company rebranded itself as King’s Seafood Company, to recognize its growing role as a seafood purveyor.

Over the years, King’s Fish House has continually updated food and service details to keep its expansion concept at the forefront of seafood trends. In 2014, the company decided it was time for a major menu overhaul, followed by a remodel to the restaurant design in 2015. The Fish Houses visually have taken on a “Nantucket (Rhode Island)/Cape Cod feel, but there’s still a lot of New Orleans feel on the menu” owner Sam King explains.

To regulars, the newer menu probably seemed like a sea change. That task fell to company culinary director Brian Okada, who reduced the former broadsheet list and created a daily-printed, multiple-page handout that calls attention to the wide selection of raw bar items, the “Fish House Favorites” and the seasonal specials. All of the locations change seafood promotions with the fishing patterns, to make the most of customer favorites like wild Columbia River salmon or swordfish sourced from Pacific waters off Southern California.

Some items do not change, like the Macadamia-Crusted Halibut, which is the top-seller at every unit, Okada says. Another favorite is the N’awlins BBQ Shrimp, reportedly conceived after Sam King took a trip to New Orleans while he was hatching the King’s Fish House brand.

Okada, whose kitchen career began in the 1970s at the age of 17 and grew into culinary roles at Restaurants Unlimited, Parkway Grill, Claim Jumper and more, joined King’s Seafood Company in 2008. At King’s, he oversees all the restaurants but has focused on the Fish Houses to ensure a smooth roll-out of the concept upgrades.

The accomplished chef says cooking evolved from an occupation to a passion while working for a private club in Burbank in the mid-1980s. “That’s where I fell in love with food and saw it was more than what I was putting on the plate,” he says. Years later, the epiphany continued at Claim Jumper. “I learned that I have an opportunity to affect thousands of people every day, to create and teach people to create,” he explains, adding, “This is why I want to work hard and do it well, and to teach people to work hard and do it well.”

When he works with company chefs and line cooks, Okada coaches them “to put every single plate together like you were creating it for the person you love most in the world. If you do that, you will make sure the fish is cooked right. You will follow the recipe so it tastes right.”

To recreate the popular shrimp dish at home, make sure you have your ingredients prepared and within reach of the stove. The dish goes together quickly and is best sent to the table as soon as it comes off the stove. If you choose to serve your shrimp with steamed rice, as they do at King’s Fish House, plan on one cup of cooked rice per person, Okada recommends. 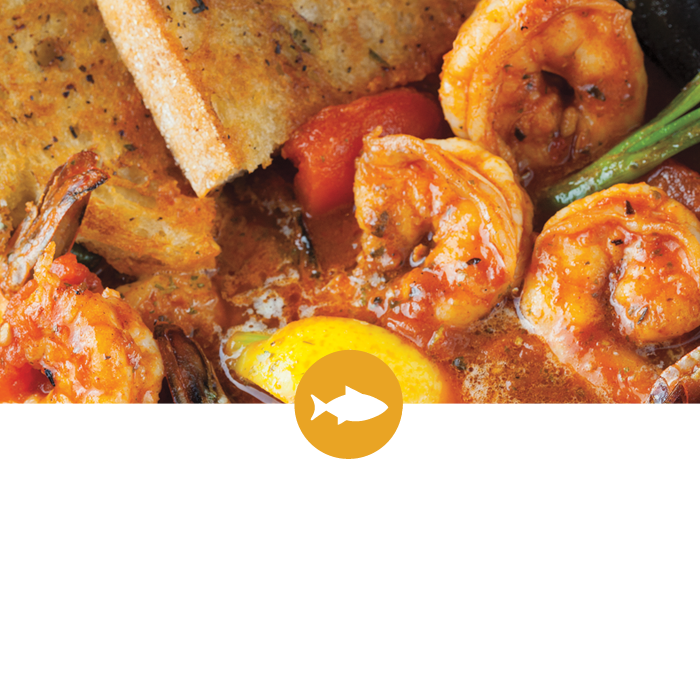